Sebastian Lletget (born September 3, 1992) is an American soccer player who plays as an attacking midfielder for LA Galaxy in Major League Soccer. He has also played for the United States national team at under-17, under-20 and under-23 levels.

Born in San Francisco, California to Argentine parents, Lletget grew up in Northern California where he played for Sporting Santa Clara of Silicon Valley before playing with the United States under-17 residency program. He was spotted playing for Santa Clara by scouts from the West Ham United International academy and moved to England in 2009.

Lletget signed his first professional contract with West Ham in September 2010. He played in pre-season friendly games and was an unused substitute for four Premier League games for the 2012–13 season. His career progress was slowed when he contracted mononucleosis. Despite this he signed a contract extension in 2013. He made his official debut on January 5, 2014 for West Ham in a 5–0 loss against Nottingham Forest at The City Ground in the third round of the FA Cup.

On May 8, 2015 Lletget signed for LA Galaxy. Lletget made his debut for the Galaxy on May 17, 2015, in the 4–0 loss against Orlando City SC when he replaced Mika Väyrynen in the 69th minute. On May 30, Lletget started for USL affiliate club LA Galaxy II against Colorado Springs that ended in a 2–1 victory for the Galaxy. Lletget made his first start with the first team on June 13 against Columbus Crew, in a match where he scored the opening goal of the game, which was also his first for the Galaxy. Lletget scored again 4 days later in an U.S. Open Cup match against PSA Elite that ended in a 6–1 victory. On June 20, Lletget scored for the third match in a row in a 5–1 victory over the Philadelphia Union. Lletget scored for the fourth match in a row in a 5–0 victory over Portland Timbers on June 24.

In the 2016 season, Lletget scored a brace on June 14, 2016, against UPSL side La Máquina FC in extra-time of the Fourth Round of the U.S. Open Cup. Lletget again scored a late brace in the U.S. Open Cup, helping the Galaxy moves to the semi-finals after 4–2 victory over Seattle Sounders.

Lletget has played for the United States at under 17, under 20 and under 23 levels.

On January 6, 2017 for the first time Lletget was called for the United States national team by coach Bruce Arena. 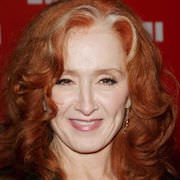