Heufler competed at the 2014 Winter Olympics for Austria. He teamed with driver Benjamin Maier, Markus Sammer, Stefan Withalm and Angel Somov in the four-man event, finishing 21st. Heufler replaced Sammer in the sled for the third run.

The contents of this page are sourced from Wikipedia article on 01 Aug 2020. The contents are available under the CC BY-SA 4.0 license.
View Sebastian Heufler 's image gallery
Image Gallery 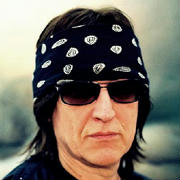