Brendel won a Gold Medal at the 2012 London Olympics in canoeing's C-1 1,000 metres event for his country. At the 2016 Rio de Janeiro Olympics, he defended successfully this title and added another one, at the C-2 1000 metres, together with Jan Vandrey. Germany won the gold medal in this category also in London, but with Peter Kretschmer and Kurt Kuschela. 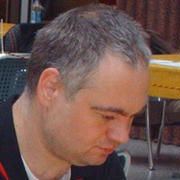