Báez became the top-ranked junior in the ITF combined ranking on 12 March 2018.

The contents of this page are sourced from Wikipedia article on 08 Feb 2020. The contents are available under the CC BY-SA 4.0 license.
comments so far.
Comments
From our partners
Sponsored
Reference sources
References
https://www.atpworldtour.com/en/players/-/b0bi/overview
https://www.itftennis.com/procircuit/players/player/profile.aspx?playerid=100282506 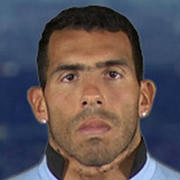