While attending Indiana State, Manaea was named the best prospect in the Cape Cod Baseball League in 2012. The Kansas City Royals selected Manaea with the 34th pick in the 2013 MLB draft, and traded him to the Athletics during the 2015 season. He debuted in MLB in 2016 and pitched a no-hitter on April 21, 2018.

Manaea was raised in Wanatah, Indiana. He attended South Central Junior-Senior High School in Union Mills, Indiana for his first three years of high school. After his junior year, he competed in the first All-Indiana Crossroads Showcase Series. Manaea transferred to Andrean High School in Merrillville, Indiana. Playing for the baseball team at Andrean, Manaea was part of the state champions in 2010, his senior year. He threw a fastball between 82–85 miles per hour (132–137 km/h).

Not selected in the Major League Baseball draft out of high school, Manaea enrolled at Indiana State University, where he played college baseball for the Indiana State Sycamores baseball team, competing in the Missouri Valley Conference of NCAA's Division I. The summer after his freshman year at ISU, Manaea played for the Dubois County Bombers in Huntingburg, IN, then in the Prospect League. With the Bombers, he was awarded the Prospect League's MVP Award for 2011. Manaea recorded 115 strikeouts in 105 innings pitched as a sophomore. Following his sophomore year at Indiana State, he competed for the Hyannis Harbor Hawks in the Cape Cod Baseball League. He had a 5–1 win–loss record, a 1.22 earned run average (ERA), and recorded 85 strikeouts with only seven walks in ​51 ⁄3 innings pitched. He won the Cape Cod League's Outstanding Prospect Award. In 2013, Manaea was named a Preseason All-American and added to the National Pitcher of the Year Watch List. He compiled a 5–4 record, a 1.47 ERA, and 93 strikeouts in ​73 ⁄3 innings, ranking fourth in the nation in strikeouts per 9 innings pitched. By the end of his collegiate career, his fastball reached as high as 97 miles per hour (156 km/h).

Considered a top prospect in the 2013 Major League Baseball draft, Manaea was scouted by the Houston Astros, who had the first overall pick.

However, he had a hip injury and was not selected until the Kansas City Royals took him with the 34th pick of the draft. The Royals signed Manaea to a $3.55 million signing bonus, above the recommended value for the 34th pick of $1,623,000. He had surgery to repair a torn acetabular labrum and missed the remainder of the 2013 season.

Healthy in time for spring training in 2014, the Royals assigned Manaea to the Wilmington Blue Rocks of the Class A-Advanced Carolina League, with the plan to limit him to 150 innings pitched for the 2014 season. Manaea had a 7–8 record with a 3.11 ERA in 25 games started, leading the Carolina League with 146 strikeouts. He missed the beginning of the 2015 season with abdominal and groin injuries. After making four starts for Wilmington, Manaea received a promotion to the Northwest Arkansas Naturals of the Class AA Texas League in July.

The Royals traded Manaea and Aaron Brooks to the Oakland Athletics on July 28, 2015, in exchange for Ben Zobrist. The Athletics assigned him to the Midland RockHounds of the Texas League. With Midland, Manaea made seven starts, and had a 1.90 ERA with 51 strikeouts in ​42 ⁄3 innings pitched. He began the 2016 season with the Nashville Sounds of the Class AAA Pacific Coast League.

After he made three starts for Nashville, the Athletics promoted Manaea to the major leagues to make his debut on April 29. In his rookie season, Manaea pitched to a 7–9 win–loss record and a 3.86 ERA. Manaea was placed on the 10-day disabled list due to a left shoulder strain on April 30, 2017. Manaea completed his 16th consecutive outing in which he pitched at least two innings allowing no more than five hits on June 5. Manaea surpassed Tom Gordon's streak of 15 games (from June 24 to September 2, 1992), becoming the longest such streak by an American League (AL) pitcher since 1913. In 16 starts prior to the All-Star break, Manaea had a 3.76 ERA. He struggled with weight loss during the season due to changing dosage of an attention deficit hyperactivity disorder medication he was prescribed in the spring, going from 255 pounds (116 kg) to 230 pounds (100 kg). He ended the year with a 12–10 record and a 4.37 ERA.

On April 21, 2018, Manaea no-hit the Boston Red Sox 3-0 at Oakland-Alameda County Coliseum, becoming the first Athletics pitcher to throw a no-hitter since Dallas Braden's perfect game in 2010. He struck out 10 and walked two. With a .894 winning percentage, the Red Sox had the best record, at the time, of any team to be no-hit in baseball history. Manaea and Manny Machado were named the AL's Co-Players of the Week for the week ending April 22. In his next start against the Houston Astros on April 27, 2018, Manaea pitched seven scoreless innings and struck out seven as the A's won 8–1. On September 11, 2018, he was ruled out for the season and for the 2019 season as well due to shoulder surgery. He ended the 2018 season with a 12–9 record in 27 starts. He tied for the major league lead in bunt hits given up, with six. Manaea spent the majority of the 2019 season rehabbing his shoulder, making his season debut in September. In 5 starts, he was 4-0 with 30 strikeouts in ​29 ⁄3 innings, and earning the start in the 2019 AL Wild Card Game against the Tampa Bay Rays. Unfortunately, he did not fare nearly as well, giving up four runs on four hits, including three home runs, despite striking out five, leading to his exit after two-plus innings in an eventual 5-1 Oakland loss.

Manaea's father, Faaloloi, moved from American Samoa to Hawaii, served in the Vietnam War, and was then stationed in Indiana, where he ultimately settled. Faaloloi worked for the Inland Steel Company following his military service. His mother, Opal, is a factory worker. Manaea has two older brothers -- a half-brother from his father's first marriage and a full brother. 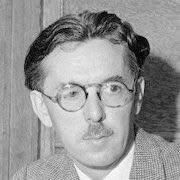