He was the son of William Henry Cone and Laura Jeanette (Mastick) Cone. After the death of his parents, he was adopted by his uncle Seabury L. Mastick and his wife Mary Wood Mastick. He attended Hopkins Academy in Oakland, California, and graduated A.B. from Oberlin College in 1891. He graduated LL.B. from University of California Hastings School of Law in 1894, and A.M. from Oberlin College the same year. He was admitted to the bar, and practiced law in San Francisco until 1896.

On October 1, 1896, he married Agnes Eliza Warner (1872–1963), a fellow student at Oberlin from Arlington, New York. The couple settled in Pleasantville, and Mastick practiced law in New York City, specialising in patent law. From 1912 to 1917, he studied chemistry at Columbia University, and in 1916 published Chemical Patents.

From 1917 to 1920, he served in the United States Navy, eventually becoming a lieutenant commander. In the Navy, he developed high velocity star shell artillery ammunition used for illuminating purposes, for which he was awarded the Citation Star. In 1923, he was awarded also the Conspicuous Service Cross. Afterwards he engaged in the manufacture of chemicals, and was President of Westvaco Chlorine Products from 1922 to 1927.

On August 21, 1940, he was appointed as Supervisor of the Town of Mount Pleasant. 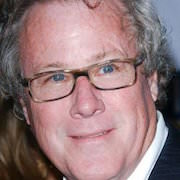