Roderick Neil "Scotty" Munro (1917 – September 20, 1975) was a Canadian ice hockey coach. Munro was a key part of the team that formed the Western Hockey League (WHL) in 1972 with Bill Hunter, Ben Hatskin, and Ed Chynoweth.

Roderick Neil "Scotty" Munro was born in 1917 in Swift Current, Saskatchewan, Canada. Growing up, he played baseball and hockey for the Moose Jaw Canucks.

After an oil refinery explosion burned his legs and crushed his professional career pursuit, Munro began playing senior hockey in Yorkton and Melville. In 1943, he coached the Moose Jaw Juvenille Falcolns all the way to the Saskatchewan Championship Cup, which he won again the following year as coach of the Moose Jaw Monarchs. He then began coaching the junior hockey club Lethbridge Native Sons and Moose Jaw Canucks before joining the Saskatchewan Junior Hockey League (SJHL) as a coach for the Humboldt Indians. During his tenure with the Indians, he led them to three first place finishes in the SJHL before moving them to Estevan, Saskatchewan and renaming them the Estevan Bruins. During this time, he was also longlisted for the Sportsman of the Year Award.

In 1956, Munro was voted in as franchise holder of the Western Canadian Hockey League (WCHL) Medicine Hat Tigers for their first year of Junior "A" Hockey, while still coaching in Estevan and acting as a chief scout in Western Canada. He hired Howie Milford to replace him as coach of the Bruins but was forced to take the position in 1961 after Milford resigned to work with the Omaha Knights. During this period, Munro attempted to copy to National Football League by placing a speaker and receiver in players gear. In his first attempt at the coach-player radio communication during a game, the team won. However, by the 1968–1969 season, the Canadian Amateur Hockey Association deemed the WCHL an "outlaw league" and refused to let them participate in the Memorial Cup. Munro released the coaching position to Punch McLean and Bill Shinske.

After releasing his coaching position, Munro and Bob Brownridge cofounded the Calgary Centennials, a junior hockey team. Later, in 1971, Munro planned on bringing a new hockey team called the Calgary Broncos to play in the World Hockey Association. However, after owner Bob Brownridge died, financial issues caused the Cleveland Crusaders to take their place. As owner of the Centennials, Munro refused to allow his players to use curved sticks and asked trainer Bearcat Murray to keep an eye on the players so they would not attempt to curve their own sticks using hot water. In his role as owner, Munro was a key part of the team that formed the Western Hockey League (WHL) in 1972 with Bill Hunter, Ben Hatskin, and Ed Chynoweth.

Munro died from cancer on September 20, 1975 at the age of 57. In his honour, the WHL awards the Scotty Munro Memorial Trophy to their regular season champion. 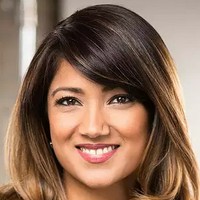 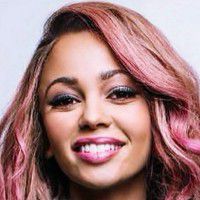