Scottie Scheffler (born June 21, 1996) is an American professional golfer, who currently plays on the PGA Tour.

Scheffler was born in Ridgewood, New Jersey but moved to Dallas, Texas at a young age. He played golf at Highland Park High School and later played college golf at the University of Texas from 2014 to 2018, where he helped the team win three Big 12 championships and was named Phil Mickelson Freshman of the Year in 2015. Before his time at UT, he won the 2013 U.S. Junior Amateur. He was also part of the U.S. team that won the 2017 Walker Cup.

In 2016, Scheffler qualified for his first U.S. Open. He opened with a first round 69, but would shoot a second round 78 to miss the cut by one stroke. Again in 2017, Scheffler qualified for the U.S. Open after surviving a 4-for-3 playoff to earn a spot in the field. He and Cameron Champ were the only two amateurs to make the cut at the 2017 U.S. Open. Scheffler finished as low amateur at 1-under-par, one stroke ahead of Champ.

On May 26, 2019, Scheffler fired a bogey-free, 9-under 63 — playing the back nine in 30 — to force a playoff with 54-hole leader Marcelo Rozo in the Evans Scholars Invitational. He then birdied the second extra hole for his first Web.com Tour victory. On August 18, 2019, Scheffler won the Nationwide Children's Hospital Championship in Columbus, Ohio. Scheffler shot 4-under 67 in the final round at Ohio State University's Scarlet Course for a two-shot victory. He totaled a 12-under 272 for the week and finished two shots ahead of Brendon Todd, Beau Hossler and Ben Taylor. This event was part of the Korn Ferry Tour Finals (the Web.com Tour was renamed the Korn Ferry Tour in mid-season). Scheffler led both the Finals points list and the overall points list to earn a fully exempt PGA Tour card for the 2020 season. He was later named Korn Ferry Tour Player of the Year. 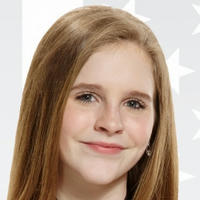