Scott Adams (born July 10, 1952) is the co-founder, with ex-wife Alexis, of Adventure International, an early publisher of games for home computers.

Born in Miami, Florida and currently living in Platteville, Wisconsin, Adams was the first person known to create an adventure-style game for personal computers, in 1978 on a 16KB Radio Shack TRS-80 Model I, written in the BASIC programming language. Colossal Cave was written two years earlier by Will Crowther, but on a mainframe computer (the PDP-10). These early text adventure games use a minimal parser, recognizing two-word commands of the form VERB NOUN. The parser only scanned the first three letters of each command, so inputting SCREAM BEAR, SCRATCH BEAR or SCREW BEAR would be treated identically. Scott had access to an advanced 16-bit computer at home, built by his brother Richard Adams, that gave him a jump on game programming in his leisure time.

Adams's work was very influential on the adventure-gaming industry. In 1990 Computer Gaming World reported a statement by a "respected designer" that it was impossible to design new and more difficult adventure puzzles, because Adams had already created them all in his early games. The games from his company, Adventure International, were subsequently released on most of the major home PC platforms of the day, including TRS-80, Apple II series, Atari 8-bit series and Commodore PET. Versions of the games were also made for later platforms such as VIC-20 or ZX Spectrum and some also had versions produced with rudimentary graphics.

Since the late 1980s, Scott Adams has worked as a senior programmer for AVISTA in Platteville.

In 2013, Scott Adams released the Bible-based The Inheritance, his first game in over ten years. As in most of his other games, the player is the protagonist of a novel-like story, and helps events unfold in a text adventure setting. However, this new game also includes sound. In a 2018 interview Adams said he had not been happy with the game as it was released so had withdrawn it from the market whilst it was rewritten.

In July, 2016 Adams created a new company called Clopas to begin publishing games in a new genre he called "Conversational Adventure Games". These games were similar to his early text adventure games, except that they now supported full natural language sentences. The first game he put out under this company was Escape The Gloomer, a game published in collaboration with Soma Games for their Lost Legends of Redwall series.

The contents of this page are sourced from Wikipedia article on 02 Feb 2020. The contents are available under the CC BY-SA 4.0 license.
View Scott Adams 's image gallery
Image Gallery 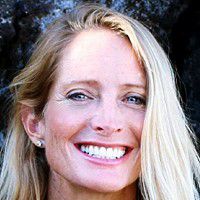