Scipione Stella (1558 or 1559 – May 20, 1622) was a Neapolitan composer. He is to be distinguished from another member of the circle of Carlo Gesualdo, Scipione Dentice.

Stella studied at the Chiesa dell'Annunziata, Naples, was organist 1583-1590, then in the service of Gesualdo, and finally to his death, having assumed the name Padre Pietro Paolo, a member of the Teatini fathers at San Paolo Maggiore in Naples. Little of his keyboard music survives, and works attributed to him (instrumental works, motets and madrigali spirituali) are often done so in confusion with Scipione Dentice. Stella's own collection of madrigals is lost. 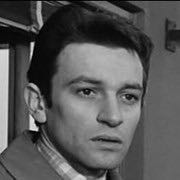