Scarlett Hannah Byrne (born 6 October 1990 in Hammersmith, London) is an English actress. She is best known for her roles as Pansy Parkinson in the Harry Potter series and as Lexi in the TV series Falling Skies. Byrne has also appeared in the TV series The Vampire Diaries as Nora Hildegard.

Byrne began her acting career in 2005 in the short film CryBaby, before portraying Chloe Daniels in an episode of the British TV drama Doctors, though she had previously auditioned for the role of Luna Lovegood in Harry Potter and the Order of the Phoenix.

During 2013 Byrne played the role of Sarah in the short film Lashes. She also played the role of Lisa in the action-thriller film Skybound, alongside Gavin Stenhouse. Byrne became a regular cast member for the fourth season of the sci-fi show Falling Skies. She moved to Vancouver for the filming of Falling Skies. While she departs the series at the end of season 4, Byrne reprises the role in the penultimate episode of the series, "Reunion".

In 2015 she joined The Vampire Diaries as witch-vampire hybrid, heretic, Nora Hildegard. Byrne was a major recurring character in the seventh season of the TV series and appeared in twelve episodes of the season. Nora was killed off in the sixteenth episode along with her fellow heretic and fiancé Mary-Louise. She also had a guest appearance in an episode of the MTV TV series Mary + Jane. 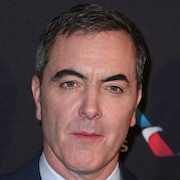