Ksawery Tartakower (also known as Saviely or Savielly Tartakower in English, less often Xavier Tartacover or Xavier Tartakover; 1887–1956) was a leading Polish and French chess grandmaster. He was also a leading chess journalist and author of the 1920s and 1930s whose books remain popular even today. Tartakower is remembered for his sharp wit and aphorisms.

Tartakower was born on 22 February 1887 in Rostov-on-Don, Russia, to Austrian citizens of Jewish origin. His parents were killed in a robbery in Rostov-on-Don in 1911. Tartakower stayed mainly in Austria. He graduated from the law faculties of universities in Geneva and Vienna. He spoke both German and French perfectly. During his studies he became interested in chess and started attending chess meetings in various cafés for chess players in Vienna. He met many notable masters of the time, among them Carl Schlechter, Géza Maróczy (against whom he later won what was probably his most famous brilliancy), Milan Vidmar, and Richard Réti. His first achievement was first place in a tournament in Nuremberg in 1906. Three years later he achieved second place in the tournament in Vienna, losing only to Réti.

During World War I he was drafted into the Austro-Hungarian army, and served as a staff officer on various posts. He went to the Russian front with the Viennese infantry house-regiment.

After the war he emigrated to France, and settled in Paris. Although Tartakower did not even speak Polish, after Poland regained its independence in 1918 he accepted Polish citizenship and became one of the most prominent honorary ambassadors of Poland abroad. He was the captain and trainer of Polish Chess Team in six international tournaments, winning a gold medal for Poland at the Hamburg Olympiad in 1930.

In France, he decided to become a professional chess player. He also started cooperating with various chess-related magazines, as well as writing several books and brochures related to chess. The most famous of these, Die Hypermoderne Schachpartie ("The Hypermodernist Chess Game") was published in 1924 and has been issued in almost a hundred editions since. Tartakower took part in many of the most important chess tournaments of the epoch. In 1927 and 1928 he won two tournaments in Hastings and shared first place with Aron Nimzowitsch in London. On the latter occasion, he defeated such notable players as Frank Marshall, Milan Vidmar, and Efim Bogoljubov. In 1930 he won the Liège tournament, beating Mir Sultan Khan by two points. Further down the list were, among others, Akiba Rubinstein, Nimzowitsch, and Marshall.

In 1935 he was one of the main organizers of the Chess Olympiad in Warsaw.

In 1939, the outbreak of World War II found him in Buenos Aires, where he was playing the 8th Chess Olympiad, representing Poland on a team which included Miguel Najdorf, who always referred to Tartakower as "my teacher".

After a short stay in Argentina he decided to return to Europe. He arrived in France shortly before its collapse in 1940. Under the pseudonym Cartier, he joined the forces of general Charles de Gaulle.

After World War II and the communist takeover of power in Poland, Tartakower became a French citizen. He played in the first Interzonal tournament at Saltsjöbaden 1948, but did not qualify for the Candidates tournament. He represented France at the 1950 Chess Olympiad. FIDE instituted the title of International Grandmaster in 1950; Tartakower was in the first group of players to receive that title. In 1953, he won the French Chess Championship in Paris.

Tartakower is regarded as one of the most notable chess personalities of his time. Harry Golombek translated Tartakower's book of his best games, and in the foreword wrote:

Dr. Tartakower is far and away the most cultured and the wittiest of all the chess masters I have ever met. His extremely well stored mind and ever-flowing native wit make conversation with him a perpetual delight. So much so that I count it as one of the brightest attractions an international tournament can hold out for me that Dr. Tartakower should also be one of the participants. His talk and thought are rather like a modernized blend of Baruch Spinoza and Voltaire; and with it all a dash of paradoxical originality that is essential Tartakower.

A talented chess player, Tartakower is also known for his countless aphorisms, which are sometimes called Tartakoverisms. One of the variations of the Dutch Defence is named after him. The Tartakower Defence in the Queen's Gambit Declined (also known as the Tartakower-Makogonov–Bondarevsky System) also bears his name, as does the most common variation of the Torre Attack. He is alleged to be the inventor of the Orangutan Opening 1.b4, so named after Tartakower had admired a great ape during his visit to the zoo whilst playing in the great 1924 tournament in New York. Tartakower originated the Catalan Opening at Barcelona 1929. This system starts with 1.d4 d5 2.c4 e6 3.g3. It remains very popular today at all levels.

José Raúl Capablanca scored +5 −0 =7 against Tartakower, but they had many hard fights. After their fighting draw in London 1922 (where Tartakower played his new defense), Capablanca said, "You are lacking in solidity", and Tartakower replied in his usual banter, "That is my saving grace." But in Capablanca's reports of the 1939 Chess Olympiad in Buenos Aires for the Argentine newspaper Crítica, he wrote:

The Polish team … is captained and led by Dr S. Tartakower, a master with profound knowledge and great imagination, qualities which make him a formidable adversary.  … Luckily for the others, the Polish team has only one Tartakower.

Sugden and Damsky stated that like other chess players of all ages and ranks among whom there is generally no lack of idiosyncrasy – or little superstition, Tartakower, a trenchant wit, took a most unsightly old hat with him from tournament to tournament.

He would only wear it on the last round and he would win. Notably this hat did not guarantee him success in casinos, which he visited as though it were a job of work. The roulette table would regularly acquire both the Grandmaster's prizes and the numerous fees from his endless string of articles. 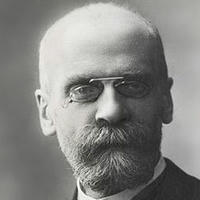