Saul Griffith (born 1974) is an Australian American inventor. He is the founder or co-founder of multiple companies, including Otherlab (where he is currently CEO), Makani Power, and Instructables.

In 2000, Griffith graduated from the University of Sydney with a Master of Engineering degree. He won a scholarship to MIT Media Lab to study towards a PhD that he completed in 2004. The subject of his PhD thesis was "self-replicating machines". They were one of the first instances of artificial replication being demonstrated using real physics.

Saul is the co-founder and CEO of OtherLab, a research and development company working on computational manufacturing and design tools and applying those tools to projects such as inflatable pneumatic robots and prostheses, novel approaches to heliostat design, and applications of computational origami to the design of pressure vessels (e.g. for compressed natural gas) in arbitrary shapes. Otherlab's R&D is guided by a vast map of energy flows in the US economy, which they use to identify key leverage points in building a more sustainable energy economy.

Previously, he was a co-founder of Squid Labs, and its spinout companies and projects Makani Power, Instructables, Wattzon, HowToons, OptiOpia, Potenco and Monkeylectric.

The contents of this page are sourced from Wikipedia article on 12 Jun 2020. The contents are available under the CC BY-SA 4.0 license.
View Saul Griffith 's image gallery
Image Gallery 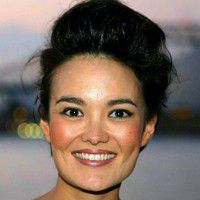