Satish Vasant Alekar (born 30 January 1949) is a Marathi playwright, actor, and theatre director. A founder member of the Theatre Academy of Pune, and most known for his plays Mahanirvan (1974), Mahapoor (1975), Atirekee (1990), Pidhijat (2003), Mickey ani Memsahib (1973), and Begum Barve (1979), all of which he also directed for the Academy. Today, along with Mahesh Elkunchwar and Vijay Tendulkar he is one of the most influential and progressive playwrights not just in modern Marathi theatre, but also larger modern Indian theatre.

He has also remained the head of Centre for Performing Arts, University of Pune (1996–2009), which he founded, after forgoing the Directorship of NSD and previously remained an adjunct professor at various universities in US, at the Duke University, Durhum, NC (1994), Performance Studies, Tisch School of the Arts, New York University as a Fulbright Scholar (2003). and Dept. Theatre and Film Studies, University of Georgia, Athens, GA (2005)

He was awarded the Sangeet Natak Akademi Award in Playwriting (Marathi) in 1994, by Sangeet Natak Akademi, India's National Academy of Music, Dance and Drama. He received the award "Padamshree" (पद्मश्री) conferred by the President of India in January 2012. Since 2013 Satish Alekar is nominated by Savitribai Phule Pune University as Distinguished Professor on the campus. Recently he is also known for his screen acting both in Marathi and Hindi feature films. He is seen in the character roles of award winning films like Ventilator (2016). '

Alekar was born in Delhi, India, but grew up in Pune, a center of Marathi culture in Maharashtra. He studied in Marathi medium school 'New English School', Ramanbag which was established in 1880 by Lokmanya Bal Gangadhar Tilak. Further he went to Fergusson College and completed his BSc He received his master's degree in biochemistry from University of Pune in 1972

Alekar gained his first stage experience as an actor in a college play. Impressed by his performance, director Bhalba Kelkar, who had set up the Progressive Dramatic Association, invited him to join it. Alekar wrote and directed his first one-act play Jhulta Pool in 1969. He became a part of a young circle that Jabbar Patel had started within the Progressive Dramatic Association.

This group split with the parent body in 1973 and set up Theater Academy in Pune. The split was over Vijay Tendulkar's play Ghashiram Kotwal. The senior members decided against its premiere in 1972, and Patel's group decided to produce it under the auspices of its own Theater Academy. Alekar assisted Patel in the direction of Ghashiram Kotwal, and the group has since mounted over 35 plays by him and manage to establish its foothold in experimental Marathi theatre.

Alekar has collaborated in several international play translation projects. The Tisch School of Arts at New York University invited him in 2003 to teach a course on Indian Theatre. The Department of Theater and Films Studies, University of Georgia invited him in 2005 to direct an English production of his play Begum Barve.

The Holy Cow Performing Arts Group in Edinburgh, Scotland performed an English version of Alekar's Micky And Memsahib on 27 and 28 August 2009 at Riddle's Court in Edinburgh Fringe Festival '09.

Alekar started writing at the age of 19 as a chemistry graduation, though most of his early work were short plays. Many of his plays are set around Pune Brahmin society, highlighting their narrow mindedness and subsequently he ventured into small town politics with Doosra Samna (1989). Mahanirvan (1973) (The Dread Departure) finds black humour through Hindu death rites in Brahmins and its overt seriousness is today Alekar's best-known early work and has since been performed in Bengali, Hindi, Dongri, Konkani and Gujarati. It was originally a one-act play and he had later expanded it at Patel's insistence. It was first staged on 22 November 1974 at the Bharat Natya Mandir, by the Theatre Academy, Pune and was revived in 1999 for its 25th anniversary, and was performed at the same venue, with most of the original cast intact.

Mickey Ani Memsaheb (1974) was his first full-length script. With the exception of his Mahapoor (1975), he directed all of his own plays. Alekar's Begum Barve (1979) is regarded as a classic of contemporary Marathi theatre. It deals with the eponymous female impersonator's memories and fantasies. After his musical company closed down, a minor singer-actor starts selling incense sticks on the street and gets exploited by his employer. One day his fantasies get enmeshed with those of a pair of clerks who were his regular customers, and those fantasies get almost fulfilled. The play staged in Rajasthani, Punjabi, Gujarati, Bengali, Konkani, Tamil and Kannada. In 2009, 30 years after its first production, the play returned to Mumbai with its original cast of Chandrakant Kale, and Mohan Aghashe.

Alekar's other plays are Bhajan, Bhinta, Walan, Shanivar-Ravivar (1982), Dusra Samna (1987), and Atireki (1990). The first three are one-act plays. Atireki is marked by irony, wit, and tangential take-offs from absurd premises. In January 2011 a book of short plays translated/adapted into Marathi by Satish Alekar published by M/s Neelkanth Prakashan, Pune under the title "Adharit Ekankika".

Natakkar Satish Alekar (Playwright Satish Alekar), a 90-minute film by Atul Pethe about Alekar's life and work was released in 2008. 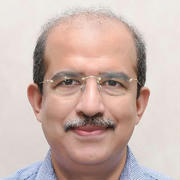 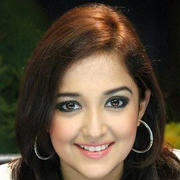