Russian pop music singer in the girl group Fabrika (b.1982)

Sataney Setgalievna Kazanova (Russian: Сатаней Сетгалиевна Казанова), better known as Sati Kazanova (Russian: Сати Казанова), (born October 2, 1982 in Kabardino-Balkaria) is a Russian singer, fashion model, actress and TV personality. Until May 2010, she was one of the three vocalists of the Russian pop girl group Fabrika (Russian: Фабрика; Factory in English). In 2002, she took part in the first season of the Russian talent show Star Factory as a member of Fabrika, where they finished second.
She won the Astra (Russian: Астра) award for most stylish female singer in 2006.
On 5 October 2009 she was awarded the title of Honored Artist of the Republic of Adygea by the President of the republic, Aslan Tkhakushinov.

She studied at the Russian Academy of Music and currently lives in Moscow.

Sati was born in Kabardino-Balkaria and her ethnicity is Adyge. She is a vegetarian and practices yoga. 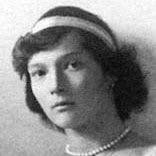