Sascha Jacobsen (11 December [O.S. 29 November] 1895 - 19 March 1972) was a Jewish-American violinist and teacher born in Russia, now Finland. He grew up in St. Petersburg, then moved with his family to New York City as a boy.

He graduated from Juilliard School in 1915 as a pupil of Franz Kneisel and upon graduation received the Morris Loeb Memorial Award. He founded the Musical Art Quartet from 1927-33. Later he taught at Juilliard; among his pupils were Julius Hegyi and Zvi Zeitlin.

In the 1950s Jacobsen served as concertmaster in the Los Angeles Philharmonic under Alfred Wallenstein. He played the Red Diamond Stradivarius violin (see the story about its loss and restoration at [1]). 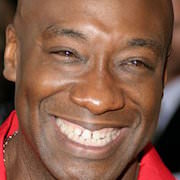