Sarah Poewe (born 3 March 1983) is an Olympic breaststroke swimmer who has competed internationally for both South Africa and Germany.

At the age of 14, she made her international debut at the 1997 Pan Pacific Championships. Poewe was the voted the Best Female Swimmer in the 1998 Junior Olympics in Moscow. She won the Hungarian National Championships in 100-meter breaststroke 23 June 1999. When she was 17, Poewe competed for the South African swimming team in three events at the 2000 Olympic Games, and finished in fourth place in the women's 100 m breaststroke.

Poewe was born in Cape Town, South Africa, the daughter of Lorrain (née Stoch) and Reinhardt Poewe. She lives in Wuppertal, Germany. Her mother is from a Jewish family in South Africa, and her father is German. 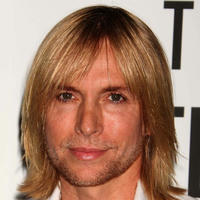