South Carolina holds a record of 36 placements at Miss USA.

Age at the time of the Miss USA pageant

The contents of this page are sourced from Wikipedia article on 11 Jun 2020. The contents are available under the CC BY-SA 4.0 license.
View Sarah Medley 's image gallery
Image Gallery 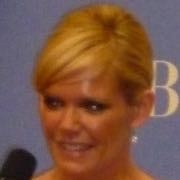