Sarah Dorothy Keith-Lucas (born 12 February 1982) is an English meteorologist, and a BBC weather presenter on BBC One.

Keith-Lucas was born in Hastings, East Sussex in 1982. She is the daughter of Christopher Leslie Keith-Lucas (born 1949) and Claire Forrester. Her middle name comes from her grandmother Dorothy de Bauduy Robertson, who was killed in a road accident in 1979; Dorothy's husband was David Keith-Lucas, who was an aerodynamicist in Kent during World War II, and President, from 1968-69, of the Royal Aeronautical Society. Sarah has an older brother.

For part of her education Keith-Lucas attended Cranbrook School, Kent, a co-educational state grammar school. She took her GCSEs at Robertsbridge Community College.

Keith-Lucas joined the Met Office in 2007 and started presenting forecasts for BBC Weather in 2008. She has done the five-day weather forecast on the BBC One series Countryfile. 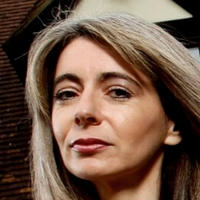