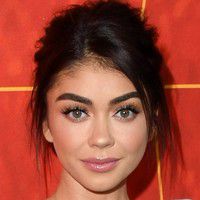 Sarah Jane Hyland (born November 24, 1990) is an American actress. Born in Manhattan, she attended the Professional Performing Arts School, then had small roles in the films Private Parts (1997), Annie (1999), and Blind Date (2007). She is best known for playing Haley Dunphy in the ABC sitcom Modern Family, for which she received critical acclaim and numerous accolades and nominations, including four Screen Actors Guild Award for Outstanding Performance by an Ensemble in a Comedy Series, which she shared with her cast members; and a Critics' Choice Television Award nomination Best Supporting Actress in a Comedy Series.

Hyland has been acting since her first role as Howard Stern's daughter in the film Private Parts in 1997. She went on to portray roles such as Molly in the 1999 television film of Annie and Maddie Healy in Lipstick Jungle on NBC. Hyland is featured in an Olive Garden commercial along with actress Molly Culver and has also appeared on Broadway as the young Jacqueline Bouvier in Grey Gardens (2006).

Since 2009, Hyland has played Haley Dunphy on the ABC sitcom Modern Family, for which she and the rest of the show's cast have won the Screen Actors Guild Award for Outstanding Performance by an Ensemble in a Comedy Series each year from 2011 through 2014. In 2011, Hyland co-starred in the Disney Channel Original Movie Geek Charming.

In 2012, Hyland appeared in the film Struck by Lightning. In September 2012, she was involved in a Nintendo 3DS ad campaign along with Dianna Agron and Gabby Douglas.

Additional musical projects and theatre productions Hyland has performed in are: Kerrigan-Lowdermilk Concert (2013), Hair (2014 adaptation at the Hollywood Bowl), The Unauthorized Musical Parody of Scream (2014 play at Rockwell Table & Stage) and The Kindred Foundation for Adoption created by Jenna Ushkowitz and Samantha Futerman (2015 fundraiser).

In 2014 and 2018, Hyland was a co-host at the Disney Parks Christmas Day Parade (during Disney Parks Frozen Christmas Celebration and The Wonderful World of Disney: Magical Holiday Celebration), which included dancing and singing with Jordan Fisher. Hyland also made a guest appearance during The Wonderful World of Disney: Disneyland 60 (2016) and Mickey's 90th Spectacular (2018).

In 2016, Hyland covered songs with Boyce Avenue such as "Closer" by The Chainsmokers and "Don't Wanna Know" by Maroon 5. Hyland sang her debut performance of "Met At a Party" with Jordan McGraw (son of Dr. Phil) at the 2019 Teen Choice Awards. The single was released on August 9, 2019 via Republic Records.

Hyland was diagnosed with kidney dysplasia as a young child and received a kidney transplant from her father in April 2012. That kidney failed after a few years, leading to a second kidney transplant in September 2017, donated by her younger brother, Ian. Hyland is on regular anti-rejection medicines and steroids to ensure that her body does not reject her donated kidney; consequently, Hyland has difficulty maintaining weight and muscle mass, and has been put on bed-rest several times, sometimes continuing to film Modern Family simultaneously.

In December 2018, Hyland said in a Self magazine article she had contemplated suicide because she felt she was a burden on her family and she blamed herself for her body rejecting her father's kidney. Since birth, she has undergone 16 surgeries to improve her health, including numerous kidney surgeries and a laparoscopic surgery to treat her endometriosis.

Hyland dated her Geek Charming co-star Matt Prokop for several years after meeting in 2010. In August 2014, Hyland obtained a domestic violence temporary restraining order against Prokop for physically and verbally abusing her throughout the four years of their relationship. In October of that same year, the restraining order became permanent.

Hyland is currently engaged to The Bachelorette and Bachelor in Paradise alum Wells Adams, first reported in November 2017. They have lived together in Los Angeles since August 2018 and announced their engagement in July 2019.

The contents of this page are sourced from Wikipedia article on 30 Jun 2020. The contents are available under the CC BY-SA 4.0 license.
View Sarah Hyland 's image gallery
Image Gallery

American patron of the arts 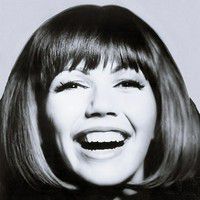 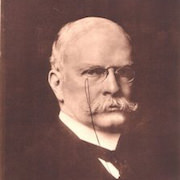 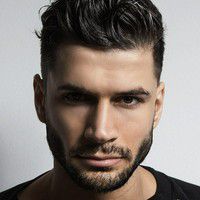