Sarah Gibb is an English illustrator whose drawings have appeared in national newspapers, magazines, and greetings cards, although she is predominantly an illustrator of children's books. She studied at London's St. Martin's College before completing an MA in Sequential Illustration at Brighton College of Art.
Gibb has illustrated at least a dozen books in The Tiara Club series by Vivian French, which carry titles such as Princess Alice and the Glass Slipper, Princess Charlotte and the Birthday Ball, and so on. (The Library of Congress catalogues 12 volumes featuring 6 named princesses with U.S. editions released in 2007.)
Recently she illustrates picture books by Ursula Jones—a retired British actress and the surviving sister of Diana Wynne Jones. The Princess Who Had No Kingdom was the first, published by Orchard Books in 2010. 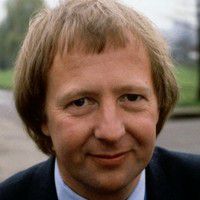