Sarah Arapta, is a businesswoman and corporate executive in Uganda, the third-largest economy in the East African Community. She is the managing director and chief executive officer (CEO) of Citibank Uganda, a financial service provider, licensed as a commercial bank by the Bank of Uganda, the central bank and national banking regulator.

She was born in circa 1970s. She studied at local primary and secondary schools before she entered Makerere University, the oldest and largest public university in the country. She graduated with a Bachelor of Arts degree in Economics.

Arapta was employed at Stanbic Bank Uganda Limited for a period of nearly five years. She started there as the Head Corporate Banking before becoming the Head of Investment Banking. She transferred to Barclays Bank of Uganda in January 2014 as the Director of Corporate and Investment Banking, serving in that capacity for one year and six months. In January 2016, she was appointed managing director and CEO of Citibank Uganda.

Sarah Arapta is member of the five-person executive committee of the Uganda Bankers Association, where she serves as the Chief Auditor. 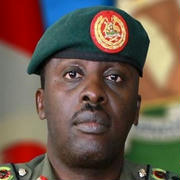