Sara Rosen (born 1973) was the publisher of Miss Rosen Editions, her own imprint, at powerHouse Books, where she was also Associate Publisher and Publicity & Marketing Director. She left after ten years to start her own company, Miss Rosen.

The culture of the Bronx at that time greatly influenced Rosen, who went on to publish several books about New York City in the 1970s and 1980s under her imprint, Miss Rosen Editions, with powerHouse Books including the legendary hip-hop epic, Wild Style by Charles Ahearn (2007), "Do Not Give Way to Evil: Photographs of the South Bronx, 1979–1987" by Lisa Kahane (2008), "It’s Just Begun: The Epic Journey of DJ Disco Wiz, Hip Hop’s First Latino DJ" by Ivan Sanchez and DJ Disco Wiz (2009), "Vandal Squad: Inside the New York City Transit Police Department, 1984–2004" by Joseph Rivera (2008), and "New York State of Mind" by Martha Cooper (2007)

Growing up in New York City in the 1970s and 1980s inspired Rosen to curate "That 70s Show: New York City in the 1970s", a 50-artist exhibition at The powerHouse Arena, Brooklyn, in March 2007 and edit an edition of powerHouse Magazine of the same name featuring the works of Bobby Seale, Afrika Bambaataa, Patti Astor, Godlis, Roberta Bayley, Diego Cortez, Maripol, Blade, John Fekner, and many others.

During her time at powerHouse Books, Rosen helped to produce historic events including "We B*Girlz: A 25th Anniversary Breakin’ Event" at Lincoln Center Out Doors with hip-hop documentary photographer Martha Cooper on August 10, 2006. The event featured an all-star international line-up of female performers, participants and judges. Emceed by Toni Blackman of New York, and featuring music spun by DJ Sparkles of Philadelphia, We B*Girlz showcased a 3-on-3 battle between four crews: Fox Force Five of New York City; Natural Born Killahz of New Jersey; Style Comes First of Philadelphia; and Flowzaic of London. There were also performances by popper/locker Rowdy of Flowzaic as well as a group show by members of Keep Risin’ to the Tops, a dance troupe based in Spanish Harlem. The judges included Rokafella of New York; Asia One of Los Angeles; and Aruna of Rotterdam. The backdrop was painted by graffiti legend Lady Pink along with Toofly and Muck.

Rosen also helped to produce the February 24, 2005 graffiti episode of NBC’s The Apprentice, which was inspired by the book Autograf: New York City’s Graffiti Writers by Peter Sutherland. 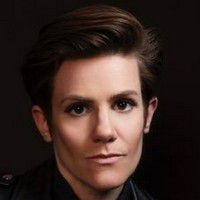 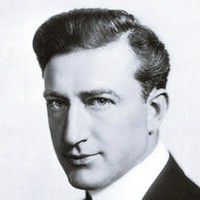