Sara Carbonero Arévalo (born 3 February 1984) is a Spanish sports journalist. Since early 2000, she was the TV presenter for Telecinco, until she moved to Oporto, in Portugal, when her husband Iker Casillas joined Futebol Clube do Porto, in July 2015.

When she was in the 3rd year of Journalism bachelor's from the Complutense University of Madrid, she entered as an intern at Radio Marca and six months later she was hired.

During the 2010 FIFA World Cup it was alleged that Carbonero, reporting during the match between Spain and Switzerland, had distracted Casillas, causing the unexpected Swiss victory. Carbonero and her TV crew were standing near the Spanish end of the pitch less than 60 feet from the goal, where Casillas was. The allegations were made in the English press, originally by Graham Keeley of The Times and later repeated by several other English newspapers, prompting the Madrid-based Spanish newspapers El Mundo, El País and the popular sports daily Marca to all run articles suggesting that the claims were preposterous and untrue.

Questions were also raised about her journalistic integrity after she undertook to interview her boyfriend Casillas after the match. As a result of the controversy Carbonero in Spain became "one of the most photographed people of the World Cup".

In July 2009, Carbonero was voted "The Sexiest Reporter in the World" by the American edition of FHM.

Since 2009, Carbonero has been in a relationship with Spanish footballer Iker Casillas. In January 2014, she gave birth to their son, Martín. In July 2015 Sara Carbonero and Iker Casillas moved to Oporto, in Portugal, as the ex-Real Madrid goalkeeper is playing for Futebol Clube do Porto. In November 2015, the couple announced they are expecting their second child. On March 20, 2016, the couple married. On June 2, 2016, Sara gave birth to the couple's second child, Lucas. 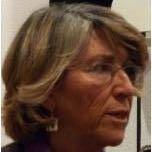 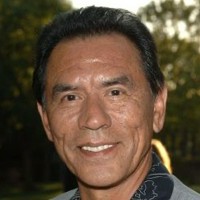