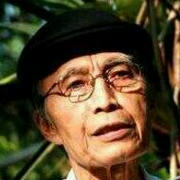 Sapardi Djoko Damono (born 20 March 1940 in Surakarta, Central Java) is an Indonesian poet known for lyrical poems, and who is widely regarded as the pioneer of lyrical poetry in Indonesia.

Sapardi attended grammar school at Sekolah Dasar Kasatriyan in his home town of Surakarta (also known as Solo), and from there he went on to junior high and high school at SMP 2 and SMA 2. He was an avid reader from an early age, and was a frequent visitor to the local libraries around Solo. His interests were broad, ranging from the works of Karl May, William Saroyan, and Pramoedya Ananta Toer, to comics by R.A. Kosasih. Eventually Sapardi, together with one of his younger siblings, began a lending library in their neighbourhood.

Sapardi began writing poetry while still in high school in Surakarta. After his graduation from high school, Sapardi moved to Yogyakarta to study at the English division of the Literature department at Gajah Mada University, and later completed his graduate studies in Indonesian literature. During this period he also became involved in radio broadcasting and the theater, as well as writing poetry. Sapardi's literary career developed alongside his academic career.

After graduating from UGM, Sapardi taught in a number of places, including Madiun, Solo, and Diponegoro University in Semarang, before moving to the United States for a brief period. In 1973, after his return from the US, he became a permanent faculty member in the Literature Department at the University of Indonesia. In 1989 he received his doctorate from the same university, and in 1993 became a full professor.

His first collection of poetry, DukaMu Abadi (Your Eternal Sorrow), was released in 1969. The focus of DukaMu Abadi is on the pain of the individual who questions existence, and unlike many of his literary peers of this time, Sapardi's poetry focused more on the human condition rather than revolutionary and social ideas. In 1974, he published Mata Pisau (Knife) and Akuarium (Aquarium). These were followed by Perahu Kertas (Paper Boat) and Sihir Hujan (Rain Spell), and in 1986 he received the ASEAN-sponsored SEA-Write Award for poetry. In 1987, he was one of several prominent Indonesian figures (Goenawan Mohamad, Subagio Sastrowardoyo, Umar Kayam, and John H. McGlynn) involved in the establishment of the Lontar Foundation. To mark the foundation's inauguration, a collection of Sapardi's poems, entitled "Suddenly the Night" was released. In 1998/1999, Sapardi wrote about the social turbulence resulting from the fall of the New Order regime. This resulted in the book Ayat-ayat Api (Verses of Fire), which received some negative criticism, largely due to the angry tone of the work which differed markedly from his normal style. His best known works include Hujan Bulan Juni (A June Rain) and Berjalan ke Barat di Waktu Pagi Hari (Walking to the West in the Morning). Hujan Bulan Juni, one of his most popular works, was published in 1994. Containing 95 poems, including a selection of his poems from 1964 to 1992, the book has been described as a kind of "greatest hits" of Sapardi. Some of the poems included were written during a year spent at the University of Hawaii in Honolulu in the early 1970s.

Sapardi has also completed a number of translations of literary works from other countries into Indonesian. These include the literary works of T.S. Eliot, Khalil Gibran and Jalaludin Rumi; his translation of Ernest Hemingway’s The Old Man and the Sea is considered among Indonesia’s best.

Today, he is still a professor at the University of Indonesia. Damono's extensive and intensive involvement in the university has borne him the unofficial title 'Professor of Indonesian Poets'. He was once elected dean of the faculty. His poetry continues to enjoy wide popular appeal. A poetry recital, arranged to celebrate his 70th birthday in March 2010, was packed out with people of all ages and from all walks of life, queuing to enter the venue.

Sapardi Djoko Damono has received a number of awards in recognition of his work. Included among these are: 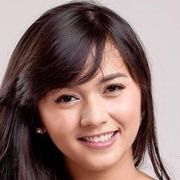