Sanjay Leela Bhansali ([ˈsəndʒeː ˈlilɑː ˈbʱəɳsɑliː]; born 24 February 1963) is a Bollywood director, producer, screenwriter, and music director. One of the most acclaimed filmmakers in Hindi cinema, Bhansali is the recipient of several awards, including five National Film Awards, eleven Filmfare Awards and a BAFTA nomination. In 2015, the Government of India honoured him with the Padma Shri, the fourth highest civilian award.

Bhansali made his directorial debut with Khamoshi: The Musical (1996), for which he received the Filmfare Critics Award for Best Film. He rose to prominence in Hindi-language cinema with the commercially successful romantic drama Hum Dil De Chuke Sanam (1999), the epic romantic drama Devdas (2002) — for which he received a nomination for the Best Film Not in the English Language at British Academy of Film & Television Awards (BAFTA) — and the drama Black (2005), for all of which he received multiple Best Director Awards and Best Film Awards along with additional Critics Award for Best Film for the latter at Filmfare Awards, and multiple National Film Awards for the latter two. He followed it by directing consecutive commercially unsuccessful films such as Saawariya (2007) and Guzaarish (2010), however, Guzaarish received positive reviews from critics and audiences.

This changed with his adaptation of Shakespeare's Romeo and Juliet — the tragic romance Goliyon Ki Raasleela Ram-Leela (2013) — opened to positive reviews and strong box office collections, for which he received several awards and nominations. His home production biographical sports film Mary Kom (2014), had him receive his third National Film Award. His period dramas Bajirao Mastani (2015) and Padmaavat (2018) both rank among the highest-grossing Indian films of all time. For the former, he won the National Film Award for Best Direction, as well as Filmfare Awards for Best Director and Best Film; and for the latter, he won National Film Award for Best Music Direction and Filmfare Award for Best Music Director.

He is an alumnus of the Film and Television Institute of India. He is the founder of the production house Bhansali Productions. Bhansali has adopted the middle name "Leela" as a tribute to his mother.

Bhansali began his career as an assistant to Vidhu Vinod Chopra and was involved in the making of Parinda, 1942: A Love Story and Kareeb. However, they had a falling-out when Bhansali refused to direct Kareeb. In 1996, he made his directorial debut with Khamoshi: The Musical, the commercially unsuccessful but critically acclaimed narration of a daughter's struggle to communicate with her deaf-mute parents. The film earned the Critics Award for Best film at Filmfare. He rose to prominence in Indian cinema with a triangular love story, Hum Dil De Chuke Sanam, starring Aishwarya Rai, Salman Khan, and Ajay Devgan, which established his individualistic stamp for visual splendour and creating auras of celebration and festivity. The film was premiered in the Indian Panorama section at the 1999 International Film Festival of India. It was a great commercial and critical success, and won numerous awards including four National Awards and nine Filmfare Awards.

His next film, Devdas, starring Shah Rukh Khan, Aishwarya Rai and Madhuri Dixit, was Bhansali's ode to the novel of the same name, which became the highest-grossing film of 2002. The film also received unanimous acclaim from the critics and won all the major accolades at Filmfare, emerging as the most awarded film in Filmfare, (tied with the 1995 Dilwale Dulhania Le Jayenge). At the 50th National Film Awards, it won five awards including Best Popular Film Providing Wholesome Entertainment. It received a nomination for the Best Foreign Film at the British Academy of Film & Television Awards (BAFTA). It was India's submission for the Academy Award for Best Foreign Language Film. The film was also screened at the 2002 Cannes Film Festival. It stood eighth in Time magazine's "The 10 Greatest Movies of the Millennium (Thus Far)". His next film, Black, starring Amitabh Bachchan and Rani Mukerji, broke his own all-time record of Devdas by garnering eleven awards, the highest number of awards ever given to a single film at Filmfare. It stood fifth in Time (Europe)'s "10 Best Movies of the Year 2005" among films from across the world. At 53rd National Film Awards, he received his second National award for Best Feature Film in Hindi. Hum Dil De Chuke Sanam, Devdas and Black earned him multiple Best Director and Best Film Awards at Filmfare, the latter also received additional Critics Award for Best Film. In 2006, Bhansali participated as a judge on reality TV show Jhalak Dikhhla Jaa alongside Farah Khan and Shilpa Shetty.

Bhansali's next film Saawariya (released in 2007) was met with sharp criticism and poor collections at the box office. In 2008, Bhansali staged the opera Padmavati, an adaption of the 1923 ballet written by Albert Roussel. The show premiered in Paris at the prestigious Théâtre du Châtelet and next at the Festival dei Due Mondi, where it received "fifteen minutes of standing ovation and seven curtain calls at the end of the first show." Bhansali received many positive comments from international critics for his work. In 2010, Bhansali released Guzaarish, starring Hrithik Roshan and Aishwarya Rai, in which he also made his debut in music direction. The film received positive to mixed reviews from critics, but could not perform well at the box office. Guzaarish earned him a Best Director nomination at Filmfare. In 2011, he became a judge on the Indian music talent show X Factor India Season 1. The same year, he also produced the musical comedy film My Friend Pinto, which also received mixed reviews and tanked at the box office. In 2012, Bhansali produced Rowdy Rathore, a remake of the Telugu film Vikramarkudu, starring Akshay Kumar and Sonakshi Sinha and directed by Prabhu Deva. The film received mixed reviews from critics and became a major commercial success, Box Office India labelled it as a blockbuster film. The following year, he produced Shirin Farhad Ki Toh Nikal Padi which also received mixed reviews, but could not perform well at the box office.

In 2013, Bhansali directed Goliyon Ki Raasleela Ram-Leela, an adaptation of Shakespeare's Romeo and Juliet, starring Ranveer Singh and Deepika Padukone in the lead roles. Some religious groups opposed the movie claiming that the former title Ramleela was misleading, because the movie had nothing to do with Ramlila, the traditional enactment of the life and story of Hindu deity, Lord Rama. The film's release had been stayed by Delhi High Court due to the controversy over its title, claiming that the movie hurt the religious sentiments of Hindus. Later the film's title was changed to Goliyon ki Rasleela Ram-Leela, and eventually released in India as scheduled. However, after a week of release, Lucknow bench of Allahabad High Court banned the movie's release in Uttar Pradesh. Despite the controversy and limited release, the film opened to critical acclaim and strong box office collections worldwide, ultimately earning ₹2.02 billion (US$31 million) and emerging as the fifth highest-grossing film of 2013. The film garnered several award nominations for Bhansali including Best Film and Best Director nominations at Filmfare. The same year, Bhansali debuted in television with the show Saraswatichandra, starring Gautam Rode and Jennifer Winget, which he later left after few episodes.

The following year, he produced the biographical sports film Mary Kom starring Priyanka Chopra, which premiered at the 2014 Toronto International Film Festival, becoming the first Hindi film to be screened on the opening night of the festival. The film became both a commercial and critical success and received various accolades along with Best Film nomination at Filmfare. At 62nd National Film Awards, Bhansali received another National Award for Best Popular Film Providing Wholesome Entertainment for the film. In 2015, he the produced action drama film Gabbar Is Back starring Akshay Kumar, which also emerged as a commercial success with positive reviews from the critics. Bhansali's next directorial venture was his dream project, the period romance Bajirao Mastani (2015), based on the love story between Peshwa Baji Rao I and his second wife Mastani. Ranveer Singh and Deepika Padukone played the title roles, while Priyanka Chopra played Bajirao's first wife Kashibai. The film was announced in 2003 and was constantly in the news regarding the cast, including such actors as Salman Khan, Shah Rukh Khan, Aishwarya Rai Bachchan, Kareena Kapoor and Rani Mukerji. The descendants of Bajirao I and Mastani expressed their disapproval of this film, claiming excessive creative liberty by Bhansali causing wrongful portrayal of their ancestors. A petition was filed in Bombay High Court seeking a stay on the film, but the High Court refused to interfere with its release. It received tremendous critical acclaim across the world and was listed among the best films of 2015 by several sources. Despite the controversy, the film emerged as one of the highest-grossing Indian films of all time. The film received many accolades at various award ceremonies in India. At the 63rd National Film Awards, Bajirao Mastani won seven awards and Bhansali won the National Award for Best Director. The film was featured at the 2016 Indian Panorama section of the International Film Festival of India. Bajirao Mastani was selected as India's official entry for the Best Foreign Language Film for the 74th Golden Globe Awards. The following year, he produced the Marathi film Laal Ishq.

Bhansali directed period drama film Padmaavat, jointly produced by him and Viacom 18 Motion Pictures, and also written by him. The film features Deepika Padukone in the title role as Rani Padmini, alongside Shahid Kapoor and Ranveer Singh in the title roles of Rawal Ratan Singh and Alauddin Khalji respectively. During the shooting of the film in January 2017 in Jaipur, the members of Shri Rajput Karni Sena protested at the sets at Jaigarh Fort, physically attacked Bhansali and his crew members, alleging that he misrepresented historical facts and depicted them erroneously in the film, and also tried to vandalise the sets. On 6 March 2017, members of Shri Rajput Karni Sena vandalised the Chittor Fort again and broke the mirrors installed in the palace of Rani Padmini. On 15 March 2017, a group of unidentified vandals again attacked and set fire to the sets of this movie in Kolhapur which led to the production set, costumes and jewelleries being burnt. The film earned 30 million dollars in the first four days after its release.

The contents of this page are sourced from Wikipedia article on 27 Jul 2020. The contents are available under the CC BY-SA 4.0 license.
View Sanjay Leela Bhansali 's image gallery
Image Gallery 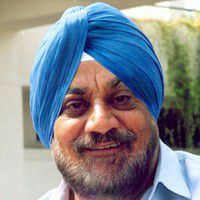 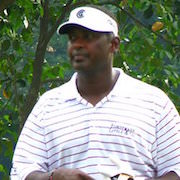 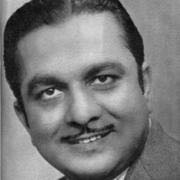 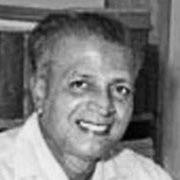 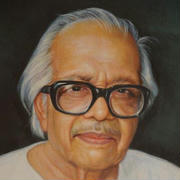