Sani Musa Abdullahi, also known as Sani Musa Danja (born 20 April 1973), is a Nigerian film actor, producer, director, singer and dancer. He is currently active in both Kannywood and Nollywood. In April 2018 he was turbaned by the Etsu Nupe, Yahaya Abubaka, as Zakin Arewa (meaning "lion of the north"), citing his contribution to the growth of the entertainment industry in the north. He also won the Kannywood award for icon of entertainment in 2013.

Sani Musa Danja has acted, produced and directed numerous Kannywood and Nollywood movies. Amongst them are;

The contents of this page are sourced from Wikipedia article on 29 Dec 2019. The contents are available under the CC BY-SA 4.0 license.
comments so far.
Comments
From our partners
Sponsored
Reference sources
References
http://hausafilms.tv/actor/sani_danja
https://www.dailytrust.com.ng/kannywood-sani-danja-wife-celebrate-10-years-anniversary-photos.html
https://kannywoodsceneblog.wordpress.com/tag/nollywood/
https://www.modernghana.com/nollywood/34043/kannywood-actor-sani-danja-turbaned-as-zaki-af-arewa.html
https://www.premiumtimesng.com/entertainment/kannywood/239742-kannywood-sani-danja-turbaned-etsu-nupe.html
https://kannywoodsceneblog.wordpress.com/2013/11/24/the-winners-of-mtnkannywood-awards/
https://www.tribuneonlineng.com/110188/
https://www.premiumtimesng.com/entertainment/98618-kannywood-actor-sani-danja-makes-nollywood-debut.html
Trending today in 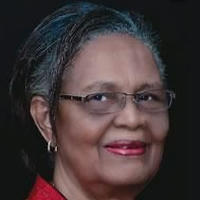