She earlier wanted to follow the footsteps of her father and become a mathematician, however, she changed course after the death of her father when she was 19.

Taylor got her start in modeling when a model acquaintance in New York City informed her that her bathing suit company needed another model and suggested her to try it out; Taylor was hired for the job. She was then cast in a music video for Def Leppard's song "Hysteria," which led her to be a Club MTV dancer for around 4 years.

Taylor, under the name Sandi Korn, was the Penthouse Pet of the Month in March 1991. During this time she was also in a relationship with the quarterback of the Buffalo Bills, Jim Kelly.

Later, as Sandra Taylor, she posed nude for the Playboy and also graced the cover of the magazine's July 1995 US edition. She was also shown in the German edition, although Arabella Kiesbauer was on the cover there. In 1997, she was seen on the cover of "American Dream Girl Calendar".

Taylor is one of few women to appear in both Playboy and Penthouse magazines.

Taylor has acted in a wide variety of films and television series. In the early part of her career, she used the name Sandy Korn. Her television debut came in 1994 when she was cast as "Naomi" in "Ride Scare" episode of the TV Series Married... with Children. In the same year, she was seen portraying the character of "Riba" in director Garry Marshall's comedy Exit to Eden (starring Paul Mercurio and Dana Delany). In 1995, she played the character of a barmaid in Steven Seagal-starrer action film Under Siege 2: Dark Territory.

Her work association Garry Marshall continued after Exit to Eden. She worked with him in quite a few films: Runaway Bride (1999), The Princess Diaries (2001), Raising Helen (2004), The Princess Diaries 2: Royal Engagement (2004), Valentine's Day (2010), and Jennifer Aniston and Timothy Olyphant-starrer rom-com Mother's Day (2016). Director Scott Marshall, son of Garry Marshall, also cast Taylor in his comedies Keeping Up with the Steins (2006) and All's Faire in Love (2009).

References
https://commons.wikimedia.org/wiki/Category:Sandra_Taylor?uselang=de
https://www.imdb.com/name/nm0853140/
https://tools.wmflabs.org/persondata/p/Sandra_Taylor
To cite the article
Citation
We strive for accuracy and fairness. If you notice a mistake, please contact us. Below the article, you will find links to the references used.
View Sandra Taylor 's image gallery
Image Gallery 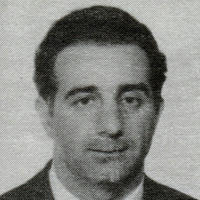 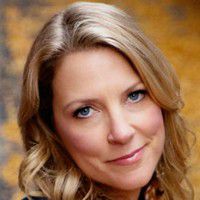