In 1950, he graduated from the Reformed College in the town of Pápa (hu:Pápai Református Kollégium) and then studied at ELTE Institute, but dropped his studies because of illness. He worked in various journals, such as, during 1953-54, The Literary Newspaper and, from 1955 until 1956, he was the poetry section editor in "The New Sound" periodical. In 1956, he could not find work for a while and then, in 1960, as at the beginning of the Budapest University of Technology and newspaper editorial staff, he was the MAFILM dramaturg from 1968 until 1988.

His first poems appeared in 1953, raising a big stir, being critical of the Rákosi era. The authorities soon noticed that Csoóri was not one of their supporters. He wrote criticizing the dictatorship's impact of personality, and the fate of rural people. He was under surveillance sometimes for years, and did not receive awards. He lived in Budapest, where he met with his friends, including Miklós Jancsó, Ottó Orbán, György Konrád, Ferenc Kósa. In 1988, he was co-editor with Gáspár Nagy, of Hitel, and in 1992 editor-in-chief. 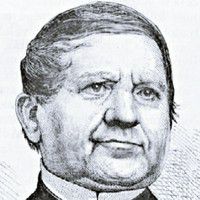