Sandeep Khosla is a noted Indian fashion designer, who co-owns the label, Abu Jani-Sandeep Khosla. He is best known for his ability to infuse Indian craftsmanship and textile heritage with European tailored silhouette. His signature is to combine traditional aesthetics with modern design. Many international stars have opted for Khosla's outfits for awards' night. In 2012, Judi Dench wore Khosla's design for BAFTA. In 2002, he along with Neeta Lulla, Abu Jani, and Reza Shariffi, won the National Film Award for Best Costume Design, for his work in the Bollywood film Devdas directed by Sanjay Leela Bhansali. Of late, Khosla has taken on several projects in interior design. He has designed interiors for hotels (such as The Sofala, Goa), restaurants (the Aish at the Park, Hyderabad), resorts and homes, and has even begun to event design for Indian weddings.

Born in Kapurthala, in a Punjabi family, Khosla studied at The Doon School before joining his family's leather and garment business. He completed his studies with college in Jalandhar, thereafter he studied for a year at a leather institute in Chennai, but left to move to Delhi. Here he started working as a buyer for an export house and eventually opened a small boutique, Limelight. However soon he shifted to Mumbai, and started working with a film costume designer, Xerxes Bhathena. Incidentally, Abu Jani had also assisted Bhatena for while, soon they met and decided to work together.

In 1986, they launched a boutique, Mata Hari. After their work was featured in a noted featured on the cover of the a noted Bombay magazine, they became one of the five designers to join Tarun Tahiliani for his multi-brand boutique Ensemble in 1987. Actress Dimple Kapadia became their first celebrity client, and in turn led to other noted clientele like Jaya Bachchan and Parmeshwar Godrej.

Their furniture line debuted at Bajaj Gallery in Mumbai in 1993. In 2012, the label Abhu Jani-Sandeep Khosla completed 25 years in fashion industry with a fashion show. 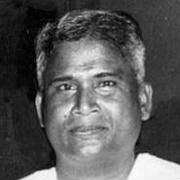