Sanam Arora is a British Indian youth leader creating a unique ecosystem to foster entrepreneurship, leadership and patriotism among Indian diaspora by actively working as President of National Indian Students Union UK (NISAU UK) and Chairperson of the newly formed Overseas Youth of India. Indian and or South-Eastern Asian organisations at most major UK universities are affiliated to NISAU UK. Under her leadership, NISAU, in a short span of 3 years since its inception, has been able to create awareness about issues surrounding the Indian youth in the UK. By developing a network of young leaders, Sanam, with the assistance of NISAU UK, is galvanising the youth to contribute towards the advancement of Indian economy, society and technology and is fostering a relationship between the Indian diaspora and India. She currently holds the position of Co-Chair of Youth Council, The Global Organization of People of Indian Origin (Greater London Chapter) working for the interests of students and youth of the Indian Diaspora. With the belief that entrepreneurship is a key stepping stone to achieving success, Sanam also heads the Youth Affairs wing of the Middlesex Asian Business Association. She has represented the British Indian diaspora at various governmental and non-governmental forums including a flagship event organized by the Indian Government – Pravasi Bharatiya Divas 2015 where she was one of only 5 speakers selected from the United Kingdom. She is acting as a voice for international students in the UK while lobbying for the re-introduction of post study work visas which includes providing evidence to the UK All Party Parliamentary Group on the PSW visa, and giving oral presentations at Westminster Legal Policy Forum and at the UK House of Commons. Sanam has made various recommendations to the Indian government regarding diaspora policymaking, including the setting up of a dedicated student portal for international Indian students. She was invited by the Indian Ministry of External Affairs in September 2016 to present issues of concern and recommendations. She has also made recommendations regarding the role the Indian diaspora can play in India's transition to a knowledge economy. She is often quoted in the media regarding youth affairs. In particular, she is known for her honest opinions and continous challenge on the UK's immigration policies towards international, particularly Indian students and always argues in favour of the many benefits, monetary and otherwise, that they bring to the UK.

She formed the National Indian Students Union UK (NISU UK) in 2012 to provide a voice to students and youth of Indian origin studying in UK universities. NISAU often takes a lead in promoting and celebrating the Indian cultural diversity with people of all communities in the UK. NISAU aims to unite the young Indian diaspora in the UK, regardless of where in the world they are born.

In her various capacities, Sanam Arora plays a key role in furthering the Indo-UK relationship, specifically in the areas of Education, Foreign Institutional Investment and Tourism. Sanam often indulges in journalism, with the aim of connecting Indian diaspora youth with inspirational personalities from the Indian sub-continent.

Despite being a British citizen and not even being a student, it is not understood how she is the leader of Indian students in the UK. Her position is not accepted by various Indian student societies across universities in the UK. She has often being targeted for changing her approach towards political parties on basis of them being in power. Her organization NISU is not known for contesting elections and she has been the president since its inception in 2011.

Under Sanam's leadership, NISAU UK coordinates with numerous organizations including Rang De while playing a role in eliminating poverty from India, Paint Our World, which emotionally empowers children who have experienced trauma, and works with the UKCISA and the Indian High commission to protect Indian students from attending bogus UK colleges. She also constructed a special campaign called ‘My Vote Matters’ during the 2015 UK Parliamentary Elections, urging the British Indian diaspora to exercise its voting privileges as well as encouraging commonwealth students to vote

In recognition of her capacity and proficiency unifying the Indian diaspora while making valuable contributions to India, she has been nominated for the RBS Asian Women of Achievement Awards and the British Indian Awards. She was also added to the Freshmind's Ones to Watch list of 2013. Most recently she was honoured by the Deputy High Commissioner of India to the UK, Dr Virander Paul, an award for Community Services, awarded by the Bedford Indian organisations.

She acted as the felicitator when NISAU UK bestowed its first Honorary Fellowships to two stalwarts of Indian cinema, Mr Javed Akhtar and Mrs Shabana Azmi, for their exceptional services to cinema and society and NISAU additionally awarded the Youth Icon Award to artist Arijit Singh at the London O2 arena. 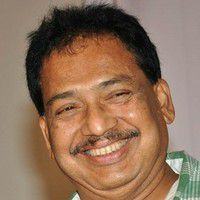 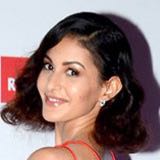 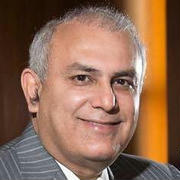