For the village in Nepal see Sanai, Nepal

Hakim Abul-Majd Majdūd ibn Ādam Sanā'ī Ghaznavi (Persian: حکیم ابوالمجد مجدود ‌بن آدم سنایی غزنوی‎‎) was a Persian poet who lived in Ghazni between the 11th century and the 12th century in what is now Afghanistan. He died between 1131 and 1141.

Sanai was a Sunni Muslim. He was connected with the court of the Ghaznavid Bahram-shah who ruled 1117 – 1157.

He wrote an enormous quantity of mystical verse, of which The Walled Garden of Truth or The Hadiqat al Haqiqa (حدیقه الحقیقه و شریعه الطریقه) is his master work and the first Persian mystical epic of Sufism. Dedicated to Bahram Shah, the work expresses the poet's ideas on God, love, philosophy and reason.

For close to 900 years The Walled Garden of Truth has been consistently read as a classic and employed as a Sufi textbook. According to Major T. Stephenson: "Sanai’s fame has always rested on his Hadiqa; it is the best known and in the East by far the most esteemed of his works; it is in virtue of this work that he forms one of the great trio of Sufi teachers — Sanai, Attar, Jalaluddin Rumi." Sanai taught that lust, greed and emotional excitement stood between humankind and divine knowledge, which was the only true reality (Haqq). Love (Ishq) and a social conscience are for him the foundation of religion; mankind is asleep, living in a desolate world. To Sanai common religion was only habit and ritual.

Sanai's poetry had a tremendous influence upon Persian literature. He is considered the first poet to use the qasidah (ode), ghazal (lyric), and the masnavi (rhymed couplet) to express the philosophical, mystical and ethical ideas of Sufism.

Rumi acknowledged Sanai and Attar as his two great inspirations, saying, "Attar is the soul and Sanai its two eyes, I came after Sanai and Attar." The Walled Garden of Truth was also a model for Nizami's Makhzan al-Asrar (Treasury of Secrets).

While mankind remains mere baggage in the world
It will be swept along, as in a boat, asleep.
What can they see in sleep?
What real merit or punishment can there be?

His means for this awakening is surrender to God, his poetry has been called "the essential fragrance of the path of love". He hits out at human hypocrisy and folly; 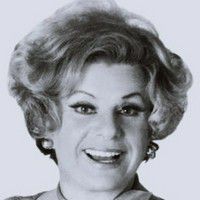