Samuel Wyllys (1739-1823) was an American military officer and a Connecticut politician.

Wyllys was born January 7, 1739, and served as an officer in the American Revolution. In 1775, he was appointed lieutenant colonel in Colonel Joseph Spencer's 2nd Connecticut Regiment. on July 1, he was promoted to Colonel, and commanded the regiment until January 1, 1776, when the 2nd Connecticut was reorganized as the 22nd Continental Regiment. Wyllys remained in command of the regiment, serving in the Siege of Boston until the British evacuation on March 17, and then marched with George Washington to New York. He saw action in the Battle of Long Island and served in the New York vicinity until the end of the year.

From 1777-1781, Colonel Wyllys commanded the 3rd Connecticut Regiment in the Connecticut Line, serving under General Samuel Holden Parsons. His regiment served in the New York area throughout the remainder of its service.

Wyllys was discharged from the Army, along with his regiment, on January 1, 1781. He was later appointed Major General of the Connecticut Militia.

Following the war, Wyllys served as a representative in the Connecticut General Assembly, and as the Secretary of the State of Connecticut from 1796 to 1809. He was the third consecutive member of the Wyllys family to hold the office; both his father and grandfather had previously served, beginning in 1712.

The contents of this page are sourced from Wikipedia article on 28 Dec 2020. The contents are available under the CC BY-SA 4.0 license.
comments so far.
Comments
From our partners
Sponsored
Reference sources
References
https://books.google.com/books?id=WJ_XiLoXvLkC&pg=PA699
https://archive.org/details/waroftherevolution00recorich
https://books.google.com/books?id=SDQpAAAAYAAJ&pg=PA505
Trending today in 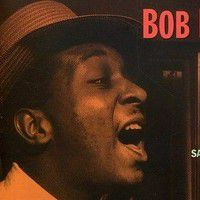