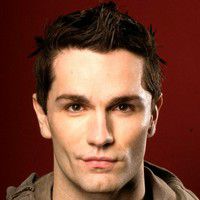 Samuel Stewart Witwer (born October 20, 1977) is an American actor, voice actor, and musician. He is known for playing Crashdown in Battlestar Galactica, Davis Bloome in Smallville, Aidan Waite in Being Human, Mr. Hyde in Once Upon a Time, and Ben Lockwood in Supergirl. He has voiced Starkiller in Star Wars: The Force Unleashed, the Son in Star Wars: The Clone Wars and Emperor Palpatine in Star Wars Rebels, both series of which he voices Darth Maul. In 2019, he joined the cast of Riverdale as Jughead Jones' school teacher Mr. Rupert Chipping. Witwer voiced protagonist Deacon St. John in the PlayStation 4 game Days Gone released in 2019 by SIE Bend Studio.

Witwer was born on October 20, 1977, and grew up in Glenview, Illinois, a small suburb outside of Chicago. He attended Glenbrook South High School, during which time he was involved in drama and theater classes, as well as being the lead singer of a high school band called "Love Plumber". He attended the Juilliard School for a time before moving to Los Angeles.

Witwer's first on-screen credit was that of a Chicago Bulls commercial. He soon found himself in speaking roles on hit television series, such as ER.

Witwer's first major recurring role came in the form of portraying Lt. Crashdown on Battlestar Galactica, although he has credited much of his current success to his role as Neil Perry on the Showtime series Dexter. Witwer also appeared as Private Wayne Jessup in the movie The Mist.

From 2008 to 2009, Witwer was cast in season 8 of Smallville as Davis Bloome, a charming paramedic who struggles with a darkness within as he is the human camouflage of Doomsday, a character in the comics best known for being the only villain to have "killed" Superman. While Witwer played Davis, Doomsday was played by stuntman Dario Delacio. Witwer's performance in Smallville was incredibly well-received, and he has stated that his experience on the show had opened more opportunities for him in the future of acting.

Witwer made a cameo appearance in The Walking Dead as a dead zombie soldier in a tank in the season 1 episode "Days Gone Bye" which reunited him with director Frank Darabont from The Mist. Witwer also made a guest appearance in NCIS.

From 2011 to 2014, Witwer starred in the North American remake of Being Human. He played the lead role of vampire Aidan Waite. The show, as well as his performance, was well received and lasted 4 seasons.

In 2016 Witwer played Edward Hyde on Once Upon a Time, recurring for part of its sixth season after debuting at the end of the fifth.

Sam appeared in episode 19 of Geek and Sundry's Tabletop playing the Dragon Age role-playing game, and episodes 29 and 55 of Dice Camera Action as Mordenkainen.

In January 2017, he appeared as a guest on a play-through of ScratchPad Publishing's Dusk City Outlaws, alongside Elisa Teague, Tom Lommel, Spencer Crittendon, and game designer Rodney Thompson.

A lifelong Star Wars fan, Witwer provided both his voice and likeness for lead character Galen Marek / Starkiller (Darth Vader's secret apprentice) in the 2008 video game Star Wars: The Force Unleashed and 2010 sequel Star Wars: The Force Unleashed II. He also voiced Darth Sidious (Emperor Palpatine) in the first game, and reprised it for the games Disney Infinity 3.0 and Battlefront and for the original airing of season 2 premier of Star Wars Rebels , however in 2019 the role was re-dubbed by Ian McDiarmid who portrayed Palpatine in the films and in Rebels Season 4. Witwer also reprises his role as Darth Maul in Rebels.

For Star Wars: The Clone Wars, Witwer had also vocally performed the Son in a three episode story arc (known as the Mortis trilogy) in season 3 as well as the iconic former Sith Darth Maul in the season 4 finale episodes and in four episodes of season 5. He also lent his voice for Maul in other projects such as the Star Wars: Episode I Brisk commercial as well as the Cartoon Network special Lego Star Wars: The Empire Strikes Out, and again for Star Wars Rebels.

Sam attended The Clone Wars season 5 Red Carpet Premier in Orlando, Florida on August 24, 2012 during Celebration VI along with some of his co-stars Matt Lanter, James Arnold Taylor, Dee Bradley Baker, Tom Kane, Daniel Logan, Stephen Stanton and Ashley Eckstein, as well as Supervising Director Dave Filoni. During Celebration VI, he also had his own panel called Sam Witwer "The Maul Within" on August 26, 2012. In 2013, he attended for the first time the annual event, Star Wars Weekends at Disney's Hollywood Studios in Orlando, Florida for a three-day weekend and fans praised him for his roles in The Force Unleashed games and on The Clone Wars. During the live show "Behind the Force", Sam showed his acting skills by saying one or two lines of the characters that he's played in the Star Wars universe.

Sam also guest voiced an alien as well as a stormtrooper during the siege of Maz Kanata's palace in Star Wars: The Force Awakens.

In 2018, Witwer reprised his portrayal as Darth Maul and performed the voice acting role for the character in Solo: A Star Wars Story, marking the sixth project for which Witwer voices Darth Maul, and the first live-action performance.

Witwer serves as the front-man for the band The Crashtones, whose first studio album Colorful of the Stereo was released February 15, 2006. Witwer released a new album May 7, 2019 entitled Revenge of the Crashtones. 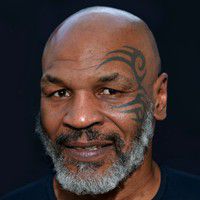 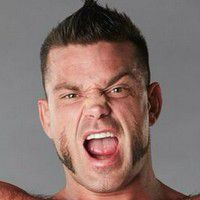 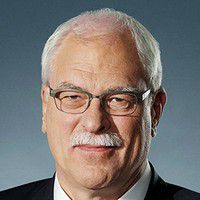 Basketball coach and former player from the United States