Samuel Joseph Byck (January 30, 1930 – February 22, 1974) was an American hijacker and attempted assassin. On February 22, 1974 he attempted to hijack a plane flying out of Baltimore/Washington International Airport. He intended to crash into the White House in the hopes of killing U.S. President Richard Nixon.

Born to poor Jewish parents in South Philadelphia, Byck dropped out of high school in the ninth grade in order to support his impoverished family. He enlisted in the US Army in 1954, was honorably discharged in 1956, married shortly thereafter, and had four children. In 1972, Byck began to suffer from severe bouts of depression after his wife divorced him and after experiencing many job failures. Due to his depression, he admitted himself to a psychiatric ward where he stayed for two months.

Byck began to harbor the belief that the Nixon administration was conspiring to oppress the poor.

Byck first came to the notice of the Secret Service in 1972, when he threatened Nixon, whom he had resented ever since the Small Business Administration had turned him down for a loan. Byck also had sent tape recordings to various other public figures including scientist Jonas Salk, U.S. Senator Abraham Ribicoff of Connecticut, and composer Leonard Bernstein; and had tried to join the Black Panthers. However, the Secret Service considered Byck to be harmless, and no action was taken at that time.

In early 1974, Byck made his decision to assassinate Nixon. He planned to do so by hijacking an airliner and crashing it into the White House on a day when Nixon would be there. It has been suggested (for instance, by the 2004 film dramatization of his life) that Byck was inspired by news reports of the buzzing of the White House by Army PFC Robert K. Preston in a stolen helicopter on February 17, 1974.

Since Byck was already known to the Secret Service and because legal attempts to purchase a firearm might have resulted in increased scrutiny, Byck stole a .22 caliber revolver from his friend to use in the hijacking. Byck also made a bomb out of two gallon jugs of gasoline and an igniter. All through this process, Byck made audio recordings explaining his motives and his plans; he expected to be considered a hero for his actions and wanted to fully document his reasons for the assassination.

On February 22, 1974, Byck drove to the Baltimore/Washington International Airport. He shot and killed Maryland Aviation Administration Police officer George Neal Ramsburg before storming a DC-9, Delta Air Lines Flight 523 to Atlanta, which he chose because it was the closest flight that was ready to take off. After pilots Reese (Doug) Loftin and Fred Jones told him they could not take off until wheel blocks were removed, he shot them both and grabbed a nearby passenger, ordering her to "fly the plane". Jones died as he was being removed from the aircraft after the event was concluded; Loftin survived the attack. Byck told a flight attendant to close the door, or he would blow up the plane. Anne Arundel County Police Officers attempted to shoot out the tires of the aircraft to prevent it from taking off; but the .38 caliber bullets fired from the Smith & Wesson revolvers issued to officers at that time period failed to penetrate the tires of the aircraft and ricocheted off, some hitting the wing of the aircraft.

After a standoff between Byck and the police, Charles Troyer, an Anne Arundel County police officer on the jetway, stormed the plane and fired four shots through the aircraft door at Byck with a .357 Magnum revolver taken from the deceased Ramsburg. Two of the shots penetrated the thick window of the aircraft door and wounded Byck. Before the police could gain entry to the aircraft, Byck committed suicide by shooting himself in the head.

According to a special on the History Channel, he lived for a few minutes after shooting himself, dying after saying "help me" to one of the police officers who entered the plane after he had been shot. A briefcase containing the gasoline bomb was found under his body. The plane never left the gate, and Nixon's schedule was not affected by the assassination attempt.

It was subsequently discovered that Byck had sent a tape recording detailing his plan, which he called "Operation Pandora's Box", to news columnist Jack Anderson. A review of records disclosed that Byck had been arrested twice for protesting in front of the White House without a permit, and that he later dressed in a Santa Claus suit for another protest. The flight's captain recovered and resumed flying airliners several years later.

In 1987, an FAA document entitled "Troubled Passage: The Federal Aviation Administration During the Nixon–Ford Term 1973–1977" was produced, which mentioned Byck's failed hijacking: "...though Byck lacked the skill and self-control to reach his target, he had provided a chilling reminder of the potential of violence against civil aviation. Under a more relaxed security system, his suicidal rampage might have begun when the airliner was aloft."

After Byck's failed assassination attempt and subsequent death, he faded into relative obscurity except among members of security organizations.

Byck is one of the (failed) assassins portrayed in Stephen Sondheim's and John Weidman's 1991 musical Assassins. His role in the musical is built largely around his tapes sent to Leonard Bernstein and other famous public figures, which he is depicted recording during two scene-length monologues, the first addressed to Bernstein and the second to Nixon himself.

A movie based on his story, The Assassination of Richard Nixon, was released in 2004. The film starred Sean Penn as Bicke (the surname spelling having been changed). The History Channel also ran a special on Byck entitled The Plot to Kill Nixon.

The 9/11 Commission Report also mentioned Byck's attempt to fly a plane into the White House. On page 561 in note 21, it says:

As part of his 34-page analysis, the attorney explained why he thought that a fueled Boeing 747, used as a weapon, "must be considered capable of destroying virtually any building located anywhere in the world." DOJ memo, Robert D. to Cathleen C., "Aerial Intercepts and Shoot-downs: Ambiguities of Law and Practical Considerations", Mar. 30, 2000, p. 10. "Also, in February 1974, a man named Samuel Byck attempted to commandeer a plane at Baltimore Washington International Airport with the intention of forcing the pilots to fly into Washington and crash into the White House to kill the President. The man was shot by police and then killed himself on the aircraft while it was still on the ground at the airport." 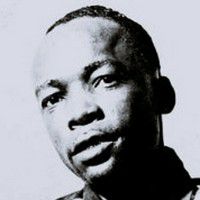