Samir (born July 29, 1955 in Baghdad) is a Swiss filmmaker, film producer and director.

Samir was born the son of a Swiss mother and an Iraqi father in Baghdad. His family moved in 1961 to Switzerland, where he went to school. He attended the School of Design in Zurich (today's ZHdK), completed an apprenticeship as a typographer (1971–73) and subsequently trained as a cameraman with Condor Films. From 1983, he worked as a freelance director and cinematographer. From 1984 to 1991 he was a writer and member of Videoladen Zurich (Video Store Zurich). In 1994 he and documentary filmmaker Werner Schweizer overtook the Dschoint Ventschr film production company.

From the mid-1980s, he began to realize his own films. In the 1990s he worked among others on behalf of Condor Films as a director of series like Eurocops and television films for German TV stations. His list of works – as a writer, director and/or producer – now includes over 40 short and feature films for cinema and TV.

In 2006 he received the Aargau Culture Award (Aargauer Kulturpreis).

...why? "Jamal al Din means 'beauty of religion'. I do not know how you would feel if you were not very religious, and would always have to say, 'Hello, my name is Beauty of Religion'," says [he] ..."For me Samir is perfect, as that means 'Storyteller'." 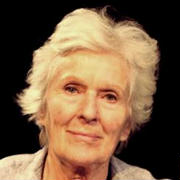