Samuel Moore Walton (March 29, 1918 – April 5, 1992) was an American businessman and entrepreneur best known for founding the retailers Walmart and Sam's Club. Wal-Mart Stores Inc. grew to be the world's largest corporation by revenue as well as the biggest private employer in the world. For a period of time, Walton was the richest man in America.

Samuel Moore Walton was born to Thomas Gibson Walton and Nancy Lee, in Kingfisher, Oklahoma. He lived there with his parents on their farm until 1923. However, farming did not provide enough money to raise a family, and Thomas Walton went into farm mortgaging. He worked for his brother's Walton Mortgage Company, which was an agent for Metropolitan Life Insurance, where he foreclosed on farms during the Great Depression.

He and his family (now with another son, James, born in 1921) moved from Oklahoma. They moved from one small town to another for several years, mostly in Missouri. While attending eighth grade in Shelbina, Missouri, Sam became the youngest Eagle Scout in the state's history. In adult life, Walton became a recipient of the Distinguished Eagle Scout Award from the Boy Scouts of America.

Eventually the family moved to Columbia, Missouri. Growing up during the Great Depression, he did chores to help make financial ends meet for his family as was common at the time. He milked the family cow, bottled the surplus, and drove it to customers. Afterwards, he would deliver Columbia Daily Tribune newspapers on a paper route. In addition, he sold magazine subscriptions. Upon graduating from David H. Hickman High School in Columbia, he was voted "Most Versatile Boy".

After high school, Walton decided to attend college, hoping to find a better way to help support his family. He attended the University of Missouri as an ROTC cadet. During this time, he worked various odd jobs, including waiting tables in exchange for meals. Also during his time in college, Walton joined the Zeta Phi chapter of Beta Theta Pi fraternity. He was also tapped by QEBH, the well-known secret society on campus honoring the top senior men, and the national military honor society Scabbard and Blade. Additionally, Walton served as president of Burall Bible Class, a large class of students from the University of Missouri and Stephens College. Upon graduating in 1940 with a bachelor's degree in economics, he was voted "permanent president" of the class.

Furthermore, he elaborated that he learned from a very early age that it was important for them as kids to help provide for the home, to be contributors rather than takers. Walton realized while serving in the army, that he wanted to go into retailing and to go into business for himself.

Walton joined J. C. Penney as a management trainee in Des Moines, Iowa, three days after graduating from college. This position paid him $75 a month. Walton spent approximately 18 months with J. C. Penney. He resigned in 1942 in anticipation of being inducted into the military for service in World War II. In the meantime, he worked at a DuPont munitions plant near Tulsa, Oklahoma. Soon afterwards, Walton joined the military in the U.S. Army Intelligence Corps, supervising security at aircraft plants and prisoner of war camps. In this position he served at Fort Douglas in Salt Lake City, Utah. He eventually reached the rank of captain.

In 1945, after leaving the military, Walton took over management of his first variety store at the age of 26. With the help of a $20,000 loan from his father-in-law, plus $5,000 he had saved from his time in the Army, Walton purchased a Ben Franklin variety store in Newport, Arkansas. The store was a franchise of the Butler Brothers chain.

Walton pioneered many concepts that became crucial to his success. According to Walton, if he offered prices as good or better than stores in cities that were four hours away by car, people would shop at home. Walton made sure the shelves were consistently stocked with a wide range of goods. His second store, the tiny "Eagle" department store, was down the street from his first Ben Franklin and next door to its main competitor in Newport.

With the sales volume growing from $80,000 to $225,000 in three years, Walton drew the attention of the landlord, P. K. Holmes, whose family had a history in retail. Admiring Sam's great success, and desiring to reclaim the store (and franchise rights) for his son he refused to renew the lease. The lack of a renewal option, together with the prohibitively high rent of 5% of sales, were early business lessons to Walton. Despite forcing Walton out, Holmes bought the store's inventory and fixtures for $50,000, which Walton called "a fair price".

With a year left on the lease, but the store effectively sold, he, his wife Helen and his father-in-law managed to negotiate the purchase of a new location on the downtown square of Bentonville, Arkansas. Walton negotiated the purchase of a small discount store, and the title to the building, on the condition that he get a 99-year lease to expand into the shop next door. The owner of the shop next door refused six times, and Walton gave up on Bentonville when his father-in-law, without Sam's knowledge, paid the shop owner a final visit and $20,000 to secure the lease. He had just enough left from the sale of the first store to close the deal, and reimburse Helen's father. They opened for business with a one-day remodeling sale on May 9, 1950.

A chain of Ben Franklin stores

With the new Bentonville "Five and Dime" opening for business, and 220 miles away, a year left on the lease in Newport, the money-strapped young Walton had to learn to delegate responsibility.

After succeeding with two stores at such a distance (and with the postwar baby boom in full effect), Sam became enthusiastic about scouting more locations and opening more Ben Franklin franchises. (Also, having spent countless hours behind the wheel, and with his close brother James "Bud" Walton having been a pilot in the war, he decided to buy a small second-hand airplane. Both he and his son John would later become accomplished pilots and log thousands of hours scouting locations and expanding the family business.)

In 1954, he opened a store with his brother Bud in a shopping center in Ruskin Heights, a suburb of Kansas City, Missouri. With the help of his brother and father-in-law, Sam went on to open many new variety stores. He encouraged his managers to invest and take an equity stake in the business, often as much as $1000 in their store, or the next outlet to open. (This motivated the managers to sharpen their managerial skills and take ownership over their role in the enterprise.) By 1962, along with his brother Bud, he owned 16 stores in Arkansas, Missouri, and Kansas (fifteen Ben Franklin's and one independent, in Fayetteville).

Sam Walton is regarded as one of the greatest project entrepreneurs in the retail chain industry. He had a great passion for learning. He frequently made unannounced visits to Walmarts around the country to learn what local innovations were working that then could be shared with other Walmarts. On one of those visits he was puzzled by a greeter saying “hello” at the entrance of the store and asked the fellow what he was doing. The greeter explained that his main job was to discourage shoplifters from taking unpaid merchandise out of the store through the entrance. Walton was delighted and shared the innovation with “associates” throughout his chain.

The first true Walmart opened on July 2, 1962, in Rogers, Arkansas. Called the Wal-Mart Discount City store, it was located at 719 West Walnut Street. He launched a determined effort to market American-made products. Included in the effort was a willingness to find American manufacturers who could supply merchandise for the entire Walmart chain at a price low enough to meet the foreign competition.

As the Meijer store chain grew, it caught the attention of Walton. He came to acknowledge that his one-stop-shopping center format was based on Meijer’s original innovative concept. Contrary to the prevailing practice of American discount store chains, Walton located stores in smaller towns, not larger cities. To be near consumers, the only option at the time was to open outlets in small towns. Walton's model offered two advantages. First, existing competition was limited and secondly, if a store was large enough to control business in a town and its surrounding areas, other merchants would be discouraged from entering the market.

To make his model work, he emphasized logistics, particularly locating stores within a day's drive of Walmart's regional warehouses, and distributed through its own trucking service. Buying in volume and efficient delivery permitted sale of discounted name brand merchandise. Thus, sustained growth— from 1977's 190 stores to 1985's 800— was achieved.

Walmart is a privately controlled economic institution and has both positive and negative impact everywhere it establishes a store and creates the so called the "Walmart Effect".

Walton married Helen Robson on February 14, 1943. They had four children: Samuel Robson (Rob) born in 1944, John Thomas (1946–2005), James Carr (Jim) born in 1948, and Alice Louise born in 1949. Walton supported various charitable causes. He and Helen were active in 1st Presbyterian Church in Bentonville; Sam served as an Elder and a Sunday School teacher, teaching high school age students. The family made substantial contributions to the congregation.

Walton died on Sunday, April 5, 1992, of multiple myeloma, a type of blood cancer, in Little Rock, Arkansas. The news of his death was relayed by satellite to all 1,960 Walmart stores. At the time, his company employed 380,000 people. Annual sales of nearly $50 billion flowed from 1,735 Walmarts, 212 Sam’s Clubs, and 13 Supercenters.

His remains are interred at the Bentonville Cemetery. He left his ownership in Walmart to his wife and their children: Rob Walton succeeded his father as the Chairman of Walmart, and John Walton was a director until his death in a 2005 plane crash. The others are not directly involved in the company (except through their voting power as shareholders), however his son Jim Walton is chairman of Arvest Bank. The Walton family held five spots in the top ten richest people in the United States until 2005. Two daughters of Sam's brother Bud Walton—Ann Kroenke and Nancy Laurie—hold smaller shares in the company.

In 1998, Walton was included in Time's list of 100 most influential people of the 20th Century. Walton was honored for his work in retail in March 1992, just one month before his death, when he received the Presidential Medal of Freedom from then-President George H. W. Bush.

At the University of Arkansas, the Business College (Sam M. Walton College of Business) is named in his honor. Walton was inducted into the Junior Achievement U.S. Business Hall of Fame in 1992.

The contents of this page are sourced from Wikipedia article on 30 Mar 2020. The contents are available under the CC BY-SA 4.0 license.
View Sam Walton 's image gallery
Image Gallery

A chain of Ben Franklin stores 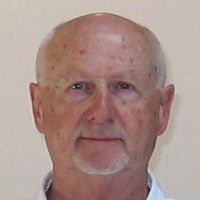