Samuel Shepard Rogers III (born November 5, 1943), known professionally as Sam Shepard, is an American playwright, actor, author, screenwriter, and director, whose body of work spans over half a century. He is the author of forty-four plays as well as several books of short stories, essays, and memoirs. Shepard received the Pulitzer Prize for Drama in 1979 for his play Buried Child. He was nominated for an Academy Award for Best Supporting Actor for his portrayal of pilot Chuck Yeager in The Right Stuff (1983). Shepard received the PEN/Laura Pels International Foundation for Theater Award as a master American dramatist in 2009. New York described him as "the greatest American playwright of his generation."
Shepard's plays are chiefly known for their bleak, poetic, often surrealist elements, black humor and rootless characters living on the outskirts of American society. His style has evolved over the years, from the absurdism of his early Off-Off-Broadway work to the realism of Buried Child and Curse of the Starving Class (both 1978).

Shepard was born November 5, 1943, in Fort Sheridan, Illinois. He was named Samuel Shepard Rogers III after his father, Samuel Shepard Rogers, Jr., but his nickname was "Steve Rogers". His father was a teacher and farmer who served in the United States Army Air Forces as a bomber pilot during World War II; Shepard has characterized him as "a drinking man, a dedicated alcoholic". His mother, Jane Elaine (née Schook), was a teacher and a native of Chicago.

Shepard worked on a ranch as a teenager. After graduating from Duarte (California) High School in 1961, he briefly studied agriculture at Mt. San Antonio College, where he became enamored of Samuel Beckett, jazz, and abstract expressionism. Shepard soon dropped out to join a touring repertory group, the Bishop's Company. Shepard at the age of 21

After securing a position as a busboy at The Village Gate upon arriving in New York City, Shepard became involved in the Off-Off-Broadway theatre scene in 1962 through Ralph Cook, the club's head waiter. At this time Samuel "Steve" Rogers adopted the professional name Sam Shepard. Although his plays would go on to be staged at several Off-Off-Broadway venues, he was most closely connected with Cook's Theatre Genesis, housed at St. Mark's Church in-the-Bowery in Manhattan's East Village. Most of his initial writing was for the stage; after winning six Obie Awards between 1966 and 1968, Shepard emerged as a viable screenwriter with Robert Frank's Me and My Brother (1968) and Michelangelo Antonioni's Zabriskie Point (1970). Several of Shepard's early plays, including Red Cross (1966) and La Turista (1967), were directed by Jacques Levy. A habitué of the Chelsea Hotel scene of the era, he also contributed to Kenneth Tynan's ribald Oh! Calcutta! (1969) and drummed sporadically from 1967 through 1971 with psychedelic folk band The Holy Modal Rounders, appearing on Indian War Whoop (1967) and The Moray Eels Eat The Holy Modal Rounders (1968).

Shepard's early science fiction play The Unseen Hand (1969) would influence Richard O'Brien's stage musical The Rocky Horror Show. Shepard's Cowboy Mouth – a collaboration with his then-lover Patti Smith – was staged at The American Place Theater in April 1971, providing early exposure for the future punk rock singer. The story and characters were loosely inspired by their relationship, and after opening night, he abandoned the production and fled to New England without a word to anyone involved. He wrote plays out of his house and served for a semester as Regents' Professor of Drama at the University of California, Davis. Shepard accompanied Bob Dylan on the Rolling Thunder Revue of 1975 as the ostensible screenwriter of the surrealist Renaldo and Clara (1978) that emerged from the tour; because much of the film was improvised, Shepard's services were seldom utilized. His diary of the tour (Rolling Thunder Logbook) was published by Penguin Books in 1978. A decade later, Dylan and Shepard co-wrote the 11-minute "Brownsville Girl", included on Dylan's Knocked Out Loaded (1986) album and later compilations.

In 1975, he was named playwright-in-residence at the Magic Theatre, where he created many of his notable works, including his Family Trilogy. One of the plays in the trilogy, Buried Child (1978), was the play that won him a Pulitzer Prize and marked a major turning point in his career, heralding some of his best-known work, including True West (1980), Fool for Love (1983), and A Lie of the Mind (1985). A darkly comic tale of abortive reunion, in which a young man drops in on his grandfather's Illinois farmstead only to be greeted with devastating indifference by his relations, Buried Child saw Shepard stake a claim to the psychological terrain of classic American theatre. Curse of the Starving Class (1978) and True West (1980), the other two plays of the trilogy, received their premier productions. Some critics have expanded this trio to a quintet, including Fool for Love (1983) and A Lie of the Mind (1985).

Shepard began his acting career in earnest when he was cast as the handsome land baron in Terrence Malick's Days of Heaven (1978), opposite Richard Gere and Brooke Adams. This led to other important film roles, including that of Cal, Ellen Burstyn's love interest, in the film "Resurrection" (1980), and most notably his portrayal of Chuck Yeager in The Right Stuff (1983). The latter performance earned Shepard an Academy Award nomination for Best Supporting Actor. By 1986, his play Fool for Love was getting a film adaptation directed by Robert Altman, in which Shepard played the lead role; his play A Lie of the Mind was being performed Off-Broadway with an all-star cast (including Harvey Keitel and Geraldine Page); and Shepard was subsequently working steadily as a film actor – all of these achievements put him on the cover of Newsweek.

Throughout the years, Shepard has done a considerable amount of teaching on writing plays and other aspects of theatre. His classes and seminars have occurred at various theatre workshops, festivals, and universities. Shepard was elected to The American Academy of Arts and Letters in 1986. He was elected a Fellow of the American Academy of Arts and Sciences in 1986. In 2000, Shepard decided to repay a debt of gratitude to the Magic Theatre by staging his play The Late Henry Moss as a benefit in San Francisco. The cast included Nick Nolte, Sean Penn, Woody Harrelson, and Cheech Marin. The limited, three-month run was sold out. In 2001, Shepard had a notable role as General William F. Garrison in the box office hit Black Hawk Down. Although he was cast in a supporting role, it reinvigorated interest in Shepard as an actor among the public and critics alike.

Shepard performed Spalding Gray's final monologue Life Interrupted for its audio release through Macmillan Audio in 2006. In 2007, he contributed banjo to Patti Smith's cover of Nirvana's song "Smells Like Teen Spirit" on her album Twelve. Although many artists have had an influence on Shepard's work, one of the most significant has been actor-director Joseph Chaikin, a veteran of the Living Theatre and founder of a group called the Open Theatre. The two have often worked together on various projects, and Shepard acknowledges that Chaikin has been a valuable mentor.

In 2010, a revival of A Lie of the Mind was staged in New York at the same time as Shepard's play Ages of the Moon (2010) opened there. Reflecting on the two plays, Shepard said that, to him, the older play felt "awkward", adding, "All of the characters are in a fractured place, broken into pieces, and the pieces don't really fit together," while the newer play "is like a Porsche. It's sleek, it does exactly what you want it to do, and it can speed up but also shows off great brakes." The revival and new play also coincided with the publication of Shepard's collection Day out of Days: Stories (the title echoes a filmmaking term). The book includes "short stories, poems and narrative sketches... that developed from dozens of leather-bound notebooks [Shepard] has carried with him over the years." In 2011, Shepard starred in the film Blackthorn.

At the beginning of his playwriting career, Shepard did not direct his own plays. His earliest plays were directed by a number of different directors but most frequently by Ralph Cook, the founder of Theatre Genesis. Later, while living at the Flying Y Ranch in Mill Valley, just north of San Francisco, Shepard formed a successful playwright-director relationship with Robert Woodruff, who directed the premiere of Buried Child (1982), among other plays. During the 1970s, though, Shepard decided that his vision of his plays required that he should direct them himself. He has since directed many of his own plays, but with a few rare exceptions, he has not directed plays by other playwrights. He has also directed two films, but reportedly does not see film direction as a major interest.

When Shepard first arrived in New York, he roomed with Charlie Mingus Jr., a friend from his high school days and the son of jazz musician Charles Mingus. He then lived with actress Joyce Aaron. From 1969 to 1984, he was married to actress O-Lan Jones, with whom he has one son, Jesse Mojo Shepard (born 1970). From 1970 to 1971, Shepard was involved in an extramarital affair with Patti Smith, who remained unaware of Shepard's identity as a multiple Obie Award-winning playwright until it was finally divulged to her by Jackie Curtis. Smith has stated: "Me and his wife still even liked each other. I mean, it wasn't like committing adultery in the suburbs or something." After ending his relationship with Smith, Shepard relocated with his wife and son to London in the early 1970s. Returning to America in 1975, he moved to the 20-acre Flying Y Ranch in Mill Valley, California where he raised a young colt named Drum and used to ride double with his young son on an appaloosa named Cody.

Shepard met Academy Award-winning actress Jessica Lange on the set of the film Frances, in which they were both acting. He moved in with her in 1983, and they were together for nearly 30 years; they separated in 2009. They have two children, Hannah Jane (born 1985) and Samuel Walker Shepard (born 1987). In 2003, his eldest son, Jesse, wrote a book of short stories that was published in San Francisco; Shepard appeared with him at a reading to introduce the book.

Shepard played the legendary test pilot Chuck Yeager in The Right Stuff, and despite having a longstanding aversion to flying, he allowed the real Chuck Yeager to take him up in a jet plane in 1982, when preparing for the role. Shepard described his flying phobia as a source for a character in his 1966 play Icarus's Mother. He went through an airliner crash in the film Voyager (1991), and according to one account, he vowed never to fly again after a very rocky trip on an airliner coming back from Mexico in the 1960s.

In the early morning hours of January 3, 2009, Shepard was arrested and charged with speeding and drunken driving in Normal, Illinois. He pleaded guilty to both charges on February 11, 2009 and was sentenced to 24 months probation, alcohol education classes, and 100 hours of community service. On May 25, 2015, Shepard was arrested in Santa Fe, New Mexico for aggravated drunk driving.

His 50-year friendship with Johnny Dark was the subject of the documentary Shepard & Dark (2013) by Treva Wurmfeld. A collection of Shepard and Dark's correspondence, Two Prospectors (ISBN 978-0-292-73582-8), was also published that year.

The Sam Shepard Papers at the Harry Ransom Center at the University of Texas at Austin covers Shepard's full career, and additions to the collection are regularly made by the author. An additional collection of Shepard's papers can be found at the Wittliff collections of Southwestern Writers, Texas State University, and comprise some 26 boxes of material. 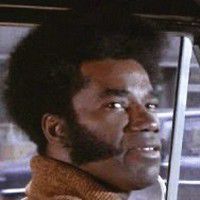 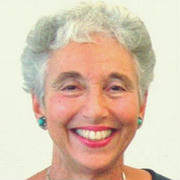