Sam Sample (born 1941 or 1942) is a former American football coach and player. He served as the head football coach at Dakota Wesleyan University from 1968 to 1971, at Sterling College in Sterling, Kansas from 1974 to 1976, and at Taylor University in Upland, Indiana from 1977 to 1981, compiling a career college football coaching record of 39–69–1. He previously played at Hastings College and signed a contract with the Washington Redskins in 1963.

Sample was the head football coach at Sterling College in Sterling, Kansas for three seasons, from 1974 to 1976, compiling a record of 9–18–1.

The contents of this page are sourced from Wikipedia article on 02 Jul 2020. The contents are available under the CC BY-SA 4.0 license.
comments so far.
Comments
From our partners
Sponsored
Reference sources
References
https://www.newspapers.com/clip/53678635/the-lincoln-star/
http://www.hastingsbroncos.com/hallOfFame/1/39.php
https://www.newspapers.com/clip/53678361/the-lincoln-star/
http://www.cfbdatawarehouse.com/data/incomplete_data/year_by_year_current.php?teamid=3102
http://www.scwarriors.com/d/2011-12/2011_SC_Football_Media_Guide.pdf
Trending today in 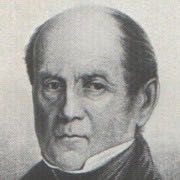