"The only thing standing between you and what you want in life is air and opportunity. Take a deep breath and go get it."

His father’s words made a huge impression on Sam Riggs, and the Texas singer/songwriter is a relentless adventurer, a guy who pursues music, flying and mountain climbing with equal amounts of passion. They’re all unpredictable activities that require some level of risk for an adrenaline-infused reward, the same payoff he gets from Love & Panic, an album that explores the highs and lows of the ultimate gamble: romantic relationships.

The project also lays bare the musical identity of Riggs, as he draws more extensively from the rock edge of his country-based foundation.

“Love & Panic is kind of an unfiltered, in-your-face record that came from that mindset of ‘This is me, like it or not,’” Riggs says.

There is indeed much to like. The seven-track album employs searing guitar licks and crisp drum tracks while borrowing from the muscular stance of some of his strongest rock influences: Blink-182, My Chemical Romance, I See Starsand Metallica. That’s balanced against contemporary country song structure and instrumentation, a heavy take on the unwavering attitudes espoused by Dierks Bentley, Jason Aldean and Hank Williams Jr.

“I grew up with George Jones and Three Doors Down at the same time,” Riggs says with a shrug. “So many people did.”

Those foundations ring throughout Love & Panic. Aided by producer Andy Sheridan (Ben Rector, Hunter Hayes), Riggs grounds the project in dark textures and power chords that would make any arena-rock band proud. But he casts romance with all the mystery, treachery and possibility that informed one of the Possum’s classic honky-tonk romps. It’s that mix of fire and fragility that makes Love & Panic such a forward-moving package.

“Love and panic, I think, are two of the emotions that we experience most often in life, but they're most often joined together,” he suggests. “Love stirs up all kinds of deep emotions in the heart, but when you find something that you fall desperately in love with, you have this panic situation to get your shit together so you don't lose it.”

Riggs fell in love with music, thanks to the inspiration of both parents in a divided family in Florida. His mother put Sam and his older brother, Mike, to sleep at nights by singing folk and country songs while playing guitar. His father took Sam to his first Garth Brooks concert, an event that fed the thrill-seeker in young Riggs but also demonstrated the connective possibilities inherent on a live stage.

“That is the place where I feel closest to my true purpose in life,” Riggs says. “Music is great, but it doesn't mean a whole lot if it never gets heard and it doesn't affect people. Concerts are a way I connect with people. A live show is a way for people to feel special, to have those moments of joy and excitement and happiness. It's a losing-yourself-in-the-heat-of-the-moment type thing.”

Riggs took up the guitar early, though he moved into drums by high school. That snap of strong percussion is a core tenet in Love & Panic – “You can't have a great record without great drums and bass, in my personal opinion,” Riggs insists – and much of that viewpoint was cultivated in his teens. He played the drum kit in his room at home, and he ended up in the drum line in school, an experience that challenged his go-it-alone spirit.

“I got kicked off drum line in high school,” he recalls. “High school marching band was this weird, messed-up Revenge of the Nerds-hierarchy-gone-South thing. I didn't do well with it.”

But he didn’t give up music. Instead, Riggs moved to Texas, a state where freewheeling musical styles and experimental genre mashups are routinely celebrated. He self-released his first two albums, then partnered with independent firms for his third and fourth releases, including Breathless, which went to No. 12 on the Billboard Top Country Albums charts.

A number of his singles hit the upper levels of the Texas charts, including the ultra-country “Hold On And Let Go,” the thumping concert re-creation “High On A Country Song” and his vulnerable “Second Hand Smoke.” To top it off, Riggs picked up the Texas Regional Radio Award in 2016 for Top New Male Vocalist.

As he toured behind Breathless, Riggs also started exploring his daredevil edge again. A hike with his brother through the beautiful-but-challenging Zion Narrows in Utah’s Zion National Park rejuvenated his sense of adventure.

“I came back from that trip feeling more alive than I could remember, and more happy and healthy,” Riggs says. “It’s a medication of sorts, and I like it. So I started seeking it out more and starting climbing more.”

He tackled Argentina’s Mount Aconcagua, the highest peak in the Southern Hemisphere (Riggs candidly admits he did not reach the top after developing a rare illness, High Altitude Cerebral Edema), and he plans to attack Mount Kilimanjaro in Tanzania.

“There's a misery and a struggle that happens on the mountain that is cleansing,” he says. “You kind of purge yourself of a lot of weakness and negativity on the mountain. And that's just become a big thing for me.”

As a result, Riggs founded the Air and Opportunity Adventure Company, a firm that oversees hikes, climbs, private flights and helicopter rides, all designed to challenge people’slimits and help them develop the tools and confidence to battle depression, anxiety and other issues.

Riggs’ extreme exploits also gave him the courage to dive into the relationship issues at the heart of Love & Panic. The scenic journey of “Until My Heart Stops Beating” captures the rush of a new physical bond, the boiling “Bulletproof Heart” highlights the power of commitment and perseverance, and the propulsive “Obsessed” embraces the danger of desire.

“I've always been a really reckless person,” he admits. “If there's a sign that says ‘Don't,’ I'm damn sure going to do it. And that's kind of childish at times but also at times, it's just living life.

“I’ve honed that a bit. I've learned how to calculate risk a lot more effectively, and I think that that comes with being loved by people and also having people in your life that you love very much. Some of the things that I did, I was seeking feeling. I was seeking some sort of dynamic emotion in my life.”

“Story Of You And Me” uses Riggs’ wide-ranging musical influences to explore the nostalgic elements in a long-lostrelationship. Guns N’ Roses’ “Paradise City,” Willie Nelson’s “Always On My Mind,” Eric Clapton’s “Wonderful Tonight,” Lynyrd Skynyrd’s “Tuesday’s Gone” and even Lucinda Williams’ Car Wheels on a Gravel Road establish both the bygone state of the romance and some of the tent poles of Riggs’artistic persona.

“Music is probably the strongest form of memory because it's one of the only things that's been known to bring people with Alzheimer's back from the point of no return, even for a moment,” Riggs observes. “Everybody in the world has that one song – probably more than one song – that takes them back to a time in their life that they'll never forget. That's kind of where the idea for the song came from.”

People never forget their foundational relationships or their most influential outings. That’s part of the reason that Love & Panic exists. It explores an unforgettable part of life, inspired by Riggs’ unquenchable willingness to challenge himself. And it furthers his undeniable desire to connect with the world through music.

“I don't play music to be famous,” he says. “I play music and I write songs because it comes naturally to me and it feels good to express emotion that way. But also because there's a torch to be carried.”

The contents of this page are sourced from Wikipedia article on 18 Aug 2020. The contents are available under the CC BY-SA 4.0 license.
View Sam Riggs 's image gallery
Image Gallery 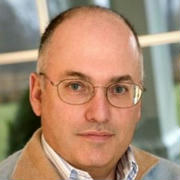 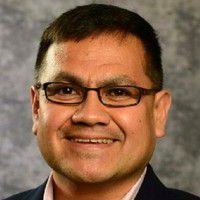