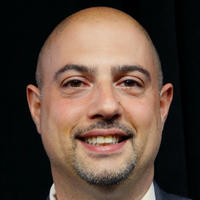 British professor of Medicine at the New York University

Sam Parnia M.D., Ph.D, is a British associate professor of Medicine at the NYU Langone Medical Center where he is also director of research into cardiopulmonary resuscitation. In the United Kingdom, he is director of the Human Consciousness Project at the University of Southampton. Parnia is known for his work on near-death experiences and cardiopulmonary resuscitation.

Parnia graduated from Guys and St. Thomas' Medical School in London where he received his MBBS in 1995. He then went on to the University of Southampton where he worked as a clinical research fellow and earned a PhD in cell biology; he graduated in 2007. He retained a title as honorary research fellow at University of Southampton, and continued to do work with that institution through the Human Consciousness Project that he founded and directs.

The Horizon Research Foundation was founded in 1987 to promote research and education into the study of death and cardiac arrest and the study of the mind, brain and consciousness; as of 2018 the charity has ceased to exist .

Parnia is known for his involvement and research in the field of emergency medicine and cardiac arrest resuscitation. He conducts research on, and advocates for wider application of, best practices for resuscitation when people die; namely better, perhaps automated cardiopulmonary resuscitation techniques, the use of targeted temperature management, extracorporeal membrane oxygenation, brain oximetry, and prevention of reperfusion injury, and wrote his book, Reversing Death (published in the United Kingdom as the Lazarus Effect) as part of that effort. He says that many people who are actually dead from heart attacks or blood loss could be resuscitated up to 24 hours after their decease if contemporary best practices as defined by the International Liaison Committee on Resuscitation were used promptly.

The main focus of Parnia's research has been in the optimization of brain monitoring and oxygen delivery methods with a goal of reducing long-term brain injuries as well as disorders of consciousness such as a persistent vegetative state. In order to avoid these disabilities, Parnia believes the study of consciousness should be a routine part of cardiac arrest brain injury research. The other side of his work, which he conducts with a team at the State University of New York and across multiple other medical centers in the United Kingdom, is consciousness during cardiac arrest. This includes near-death experiences.

Consciousness and near death experience research

Parnia has advocated for the use of the term "actual death experience" instead of near death experience (NDE), to describe human experiences that occur during a period of cardiac arrest. He has stated: “contrary to perception, death is not a specific moment but a potentially reversible process that occurs after any severe illness or accident causes the heart, lungs and brain to cease functioning. If attempts are made to reverse this process, it is referred to as ‘cardiac arrest’; however, if these attempts do not succeed it is called ‘death’. He has mostly studied those who have no heart beat and no detectable brain activity for periods of time and believes cardiac arrest is the optimal model to help understand the human experience of death.

In 2001, Parnia and colleagues published the results of a year-long study of cardiac arrest survivors. 63 survivors were interviewed; 7 had memories of the time they were unconscious and 4 had experiences that, according to the study criteria, were NDEs. Out of body claims were tested by placing figures on suspended boards facing the ceiling, not visible from the floor. No positive results were reported, and no conclusions could be drawn due to the small number of subjects.

While at University of Southampton, Parnia was the principal investigator of the AWARE Study, which was launched in 2008. This study which concluded in 2012 included 33 investigators across 15 medical centers in the UK, Austria and the USA and tested consciousness, memories and awareness during cardiac arrest. The accuracy of claims of visual and auditory awareness was examined using specific tests. One such test consisted in installing shelves, bearing a variety of images and facing the ceiling, hence not visible by hospital staff, in rooms where cardiac-arrest patients were more likely to occur. The results of the study were published in October 2014; both the launch and the study results were widely discussed in the media.

A review article analysing the results reports that, out of 2060 cardiac arrest events, 101 of 140 cardiac arrest survivors could complete the questionnaires. Of these 101 patients 9% could be classified as near death experiences. 2 more patients (2% of those completing the questionnaires) described "seeing and hearing actual events related to the period of cardiac arrest". These two patients' cardiac arrests did not occur in areas equipped with ceiling shelves hence no images could be used to objectively test for visual awareness claims. One of the two patients was too sick and the accuracy of her recount could not be verified. For the second patient instead, it was possible to verify the accuracy of the experience and to show that awareness occurred paradoxically some minutes after the heart stopped, at a time when "the brain ordinarily stops functioning and cortical activity becomes isoelectric." The experience was not compatible with an illusion, imaginary event or hallucination since visual (other than of ceiling shelves' images) and auditory awareness could be corroborated.

As of May 2016, a posting at the UK Clinical Trials Gateway website describes plans for AWARE II, a two-year multicenter observational study of 900-1,500 patients experiencing cardiac arrest, with subjects being recruited as 1 August 2014 and a trial end date of 31 May 2017.

Parnia and others have suggested that a mind that is mediated by, but not produced by, the brain, is a possible way to explain NDE.

Science writer Mike McRae has noted "While Parnia's work contributes valuable data to understanding NDE as a cultural phenomenon, his speculations do indeed sit on the brink of pseudoscience." Neurologist Michael O'Brien has written that "most people would not find it necessary to postulate such a separation between mind and brain to explain the events," and suggested that further research is likely to provide a physical explanation for near-death experiences. The psychologist Susan Blackmore appeared with Parnia and Peter Fenwick on a BBC documentary called "The Day I Died" and disagreed with their interpretations of NDEs, finding purely physical explanations to be more plausible.

Parnia explains that the observations that "the human mind, consciousness, or psyche (self) may continue to function when brain function has ceased during the early period after death" (such as during the AWARE study, but not only) points to the possibility that the second model may have to be taken into account. 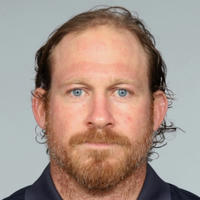 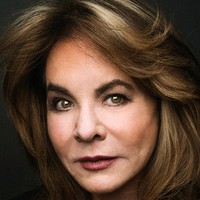