Sam Kahamba Kutesa (born 1 February 1949) is a Ugandan politician and lawyer. He is the Minister of Foreign Affairs in the Cabinet of Uganda, a position he has held since 13 January 2005 and maintained through three cabinet reshuffles. He is also the elected Member of Parliament (MP) for Mawogola County in Sembabule District. He was the President of the United Nations General Assembly during its 69th session in 2014–2015.

He was born on 1 February 1949. He attended Mbarara High School, for his high school studies. Sam Kutesa holds a Bachelor of Laws degree, obtained from Makerere University, back when the institution was part of the University of East Africa. He also holds a Diploma in Legal Practice, obtained from the Law Development Centre in Kampala.

From 1973 to 2001 Sam Kutesa was in private law practice. He served as Member of Parliament (MP) for Mbarara North Constituency from 1980 to 1985 and as Attorney General from 1985 to 1986. Between 1994 and 1995, he served as a delegate to the Constituent Assembly that drafted the 1995 Ugandan Constitution. He was elected MP for Mawogola County in 2001 and was re-elected in 2006. He was Minister of State for Investment from 2001 to 2005. President Yoweri Museveni appointed Sam Kutesa as Minister of Foreign Affairs in 2005, following the death of James Wapakhabulo.

He is a member of the ruling National Resistance Movement political party.

In 2011, Kutesa was accused in a parliamentary investigation of receiving bribes as kickbacks from Irish oil firm Tullow Oil. Despite calls from MPs for him to resign along with the others accused, a lawyer, Severino Twinobusingye, managed to successfully sue the Attorney General and halt the proceedings and to block the calls for resignation. Following further suspicion around the incident as a result of Tullow Oil’s court case with Heritage Oil over its tax on Uganda assets, an ad-hoc parliamentary committee was convened to further investigate the allegations of corruption.

As Africa was due to hold the presidency of the sixty-ninth session of the United Nations General Assembly (UNGA), the African Union Executive Council unanimously chose him to be their candidate after the withdrawal of Cameroonian Foreign Minister Pierre Moukoko Mbonjo. His candidature was endorsed unanimously during the 17th Ministerial Meeting of the Non-Aligned Movement, held in Algiers, Algeria in May 2013. He was officially elected by the UNGA on 11 June 2014.

Because Kutesa defended the discriminatory Uganda Anti-Homosexuality Act, 2014, human rights organizations felt his U.N. presidential position was not supportive of the values embodied in the U.N.'s Universal Declaration of Human Rights. A petition asked United States Secretary of State John Kerry to revoke Kutesa's visa and thereby keep him from assuming the role of president of the UNGA. The petition, which got over 15,000 signatures on Change.org, was written by a Ugandan, Milton Allimadi, editor of Black Star News. He highlighted Kutesa's support of the Ugandan anti-gay bill and allegations of corruption. In spite of protests and the petition, Kutesa became the president. 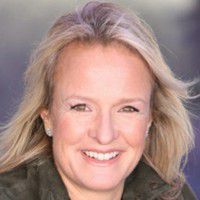 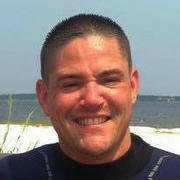