Sir Samuel Hughes, KCB, PC (January 8, 1853 – August 23, 1921) was the Canadian Minister of Militia and Defence during World War I. He was notable for being the last Liberal-Conservative cabinet minister, until he was dismissed from his cabinet post.

Hughes was born January 8, 1853, at Solina near Bowmanville in what was then Canada West. Hughes went to high school at Blessed Trinity Catholic Secondary School in Grimsby, Ontario. He was later educated in Durham County and later attended the Toronto Normal School and the University of Toronto. In 1866 he joined the 45th West Durham Battalion of Infantry and fought against the Fenian raids in the 1860s and 1870s. He later claimed, in the British Who's Who, to have "personally offered to raise" Canadian contingents for service in "the Egyptian and Sudanese campaigns, the Afghan Frontier War, and the Transvaal War".

He was elected to Parliament in 1892, and fought in the Second Boer War in 1899 after helping to convince Sir Wilfrid Laurier to send Canadian troops. Hughes would continually campaign, unsuccessfully, to be awarded a Victoria Cross for actions that he had supposedly taken in the fighting. Hughes published most of his own accounts of the war. Hughes often said that when he left, the British commander was "sobbing like a child." In fact, Hughes was dismissed from Boer War service in the summer of 1900 for military indiscipline, and sent back to Canada. Letters in which Hughes charged the British military with incompetence had been published in Canada and South Africa. Hughes had also flagrantly disobeyed orders in a key operation by granting favourable terms to an enemy force which surrendered to him. Although Hughes had proved a competent, and sometimes exceptional, front-line officer, boastfulness and impatience told strongly against him.

Hughes, who claimed to have been offered but declined the post of Deputy Minister of Militia in 1891, was appointed Minister of Militia after the election of Robert Laird Borden in 1911, with the aim of creating a distinct Canadian army within the British Empire, to be used in case of war. He wrote a letter to the Governor General, Prince Arthur, Duke of Connaught, about his longtime demand for the Victoria Cross. Connaught privately recommended that Borden get rid of him.

The Honourable Sir Sam Hughes, Minister of Militia. Hitherto moustached, he was clean shaven by that time of his career.

He encouraged recruitment of volunteers when the First World War broke out in 1914, and he constructed a training camp in Valcartier, Quebec. Hughes ordered its construction on August 7, 1914 and demanded it to be finished by the time the entire force was assembled. With the aid of 400 workmen, Hughes saw the completion of Camp Valcartier.

Unfortunately the camp was poorly organized. With approximately 33,000 recruits, training became a chaotic process. There was little time to train the volunteers, so the training system was rushed. Another problem was that the camp's population was constantly growing, which made planning a difficult task. Hughes was infamous for belligerently giving orders to troops and their officers. Volunteer morale was challenged by inadequate tents, shortages of greatcoats and confusion regarding equipment and storage. However, Hughes received praise for the speed of his actions by Prime Minister Robert Borden and members of the cabinet. By October 1914, the troops were mobilized and ready to leave for England.

Hughes was knighted as a Knight Commander of the Order of the Bath, on August 24, 1915. In 1916 he was made an honorary Lieutenant-General in the British Army.

A Regimental and King’s Colours display and plaque at Knox Presbyterian Church (Ottawa) is dedicated to the memory of those who served in the 207th (Ottawa-Carleton) Battalion, CEF during the First World War. The Regimental Colours were donated by the American Bank Note Company and presented by Hughes to the battalion on Parliament Hill on November 18, 1916.

Hughes was an Orangeman prone to anti-Catholic sentiments, who was not well liked among French Canadians. Hughes increased tensions by sending Anglocentrics to recruit French Canadians, and by forcing French volunteers to speak English in training.

His historical reputation was sullied further by poor decisions on procurements for the force. Insisting on the utilization of Canadian manufactured equipment, Hughes presided over the deployment of equipment that was often inappropriate for the Western Front, or of dubious quality. Previous to 1917, this had negatively affected the operational performance of the Canadian Expeditionary Force. The Ross rifle, MacAdam Shield Shovel, boots and webbing (developed for use in the South African War), and the Colt machine gun were all Canadian items which were eventually replaced or abandoned due to quality or severe functionality issues. The management of spending for supplies was eventually taken away from Hughes and assigned to the newly formed War Purchasing Commission in 1915. It was not until Hughes' resignation in November 1916 that the Ross Rifle, which often jammed in trench warfare conditions, was fully abandoned in favour of the British standard Lee–Enfield rifle.

Canadian staff officers possessed an extremely limited level of experience and competence at the start of the war, having been discouraged from passing through the British Staff College for many years prior. Compounding the issue was Sir Samuel Hughes' regular attempts to promote and appoint officers based upon patronage and Canadian nativism instead of ability, an act which not only created tension and jealousy between units but ultimately negatively affected the operating performance of the Canadian Expeditionary Force (CEF) as well. Lieutenant General Byng, commander of the CEF from May 1916, eventually became so incensed with the continuous interference on the part of Hughes that he threatened to resign. Criticism from Field Marshal Douglas Haig, King George V and from within his own party gradually forced Canadian Prime Minister Sir Robert Borden to tighten control over Hughes. However, it was not until Hughes' political isolation, with the creation of the Ministry of the Overseas Military Forces of Canada, overseen by Albert Edward Kemp, and subsequent forced resignation in November 1916, that the CEF was able to concentrate on the task of the spring offensive without persistent staffing interference.

Hughes later claimed in Who's Who to have served "in France, 1914-15" despite not being released from his ministry and not having been given any command in the field. His presence at the Western Front was limited to his visits to troops.

Sam Hughes died of pernicious anaemia, aged sixty-eight, in August 1921 and was survived by his son, Garnet Hughes, who served in the First World War. He and his wife are buried in Lindsay, Ontario.

A memorial plaque dedicated to the memory of Sam Hughes was erected in front of the Armouries building in Lindsay, Ontario. It reads:

Soldier, journalist, imperialist and Member of Parliament for Lindsay, Ontario from 1892 to 1921, Sam Hughes helped to create a distinctively Canadian Army. As Minister of Militia and Defence (1911–1916) he raised the Canadian Expeditionary Force which fought in World War I, and was knighted for his services. Disagreements with his colleagues and subordinates forced his retirement from the Cabinet in 1916." 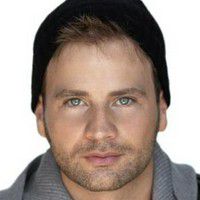 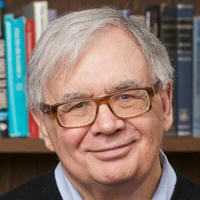 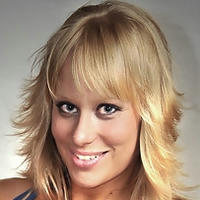