Samuel George "Sam" Claflin (born 27 June 1986) is an English actor. He is known for portraying Finnick Odair in the The Hunger Games film series, Philip Swift in Pirates of the Caribbean: On Stranger Tides and Will Traynor in Me Before You.

Sam Claflin was born in Ipswich, Suffolk, the third of four sons of Mark, a finance officer, and Sue Claflin, a classroom assistant. He has two older brothers, Benjamin and Daniel, and a younger brother, Joseph, who is also an actor. He grew up in Norwich, Norfolk. As a child, he had an interest in football. He played throughout his childhood until he broke his ankle, an injury that he felt would prevent him from playing professionally. After some persuasion from his parents and a teacher with whom he'd made an impression during his high school play at Costessey High School, he pursued acting. He was a member of the Norwich City School of Excellence. In 2003, he took up Performing Arts at Norwich City College, before going on to attend the London Academy of Music and Dramatic Art, from which he graduated in 2009. Claflin at the Pirates of the Caribbean: On Stranger Tides premiere in May 2011

Claflin made his acting debut in 2010, when he appeared on the television miniseries The Pillars of the Earth as Richard and in the TV series Any Human Heart as young Logan Mountstuart. In March 2011, he was cast as Thomas in The Seventh Son, a film adaptation of The Spook's Apprentice, but dropped for unknown reasons and was replaced by Ben Barnes. His next appearance came in April 2011, when he portrayed footballer Duncan Edwards in the BBC TV drama United, which was centred on the events of the 1958 Munich air disaster, in which Edwards was fatally injured.

In April 2010, he was cast as Phillip Swift, a missionary that falls in love with the mermaid Syrena (portrayed by Àstrid Bergès-Frisbey), in 2011's Pirates of the Caribbean: On Stranger Tides, the fourth instalment of the Pirates of the Caribbean film series. For the film, he received a nomination in the 17th Empire Awards for "Best Male Newcomer." In 2012, he appeared as Jack in the 6-episode series White Heat. Later that year, he played a supporting role in the 2012 film Snow White and the Huntsman, as William, Snow White's childhood friend. He received a nomination in the 2012 Teen Choice Awards for the category "Best Movie Breakout." Also in 2012, he was cast in the lead role in Hammer Films' The Quiet Ones, which was filmed in mid-2013 and was released in April 2014.

On 22 August 2012, Lionsgate announced that Claflin had been cast as Finnick Odair in The Hunger Games film series, starting with The Hunger Games: Catching Fire. Director of Catching Fire, Francis Lawrence, stated of Claflin's performance during filming: "Finnick's an interesting character. At first he feels like a bit of a flirt and there's a little bit of sexual tension, but really you kind of fall in love with the guy and you see that there's a real deep emotional side to him. It's one of the reasons I really hired him in the first place was that it's where his character goes in the next couple of stories and I just think he did a fantastic job." The film was released in November 2013 to general acclaim and Claflin's portrayal of Finnick received positive reviews. Claflin reprised the role in The Hunger Games: Mockingjay – Part 1, released in November 2014, and Part 2, released in November 2015.

In February 2013, it was announced that Claflin was cast as Alex in the film adaptation of Cecelia Ahern's novel Where Rainbows End. The following month, he starred in the TV film Mary and Martha as Ben, which was broadcast by BBC One. In 2014, Claflin starred in the romantic comedy Love, Rosie. He received critical acclaim for his role as Oxford University student Alistair Ryle in the British dramatic thriller The Riot Club with Charlotte O'Sullivan of the London Evening Standard saying "Claflin captures his character's vitriol very well" and Laura Dibdin of Digital Spy saying "Claflin brings intrigue and vulnerability to offset the sense of entitlement thus making Alistair the film's most fascinating character".

In 2016, Claflin reprised his role as William, Snow White's childhood friend, in several scenes of the sequel The Huntsman: Winter's War. The same year, he starred in Me Before You, the film adaptation of the novel of the same name, in which he played William Traynor.

In 2011, Claflin started dating actress Laura Haddock. In a 2012 interview, he said of Haddock, "She's my female counterpart is the best way to describe her. She is my mum. She reminds me of my mum so much which I think - a guy will know, right? It's important. Your mum knows like everything." Claflin states that, after he first met her, he called his agent to exclaim that he had just met the woman he wanted to marry. The two married in July 2013 in a private ceremony. They live in Chiswick, London. On 5 November 2015, at the The Hunger Games: Mockingjay – Part 2 London premiere, it was revealed that Claflin and Haddock were expecting their first child. Haddock gave birth to their child, a son, in December 2015. 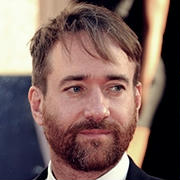