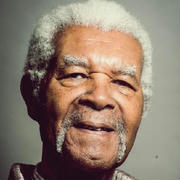 Sam Beaver King MBE (20 February 1926 – 17 June 2016) was a Jamaican-British campaigner who was the first black Mayor of Southwark in London, England, where he settled in 1948, having sailed from Jamaica on the Empire Windrush.

King was born at Priestman’s River in Portland, Jamaica, on 20 February 1926. He was one of ten siblings in a strong Christian household and helped on the family's banana farm. In 1944 King responded to an advertisement in The Gleaner that called for volunteers to join the British Royal Air Force (RAF) to fight in the Second World War. After carrying out initial training in Kingston, he was posted to an RAF training centre at Filey in Yorkshire and thence to RAF Hawkinge, a fighter base near Folkestone, Kent, where he worked as an engineer. He was demobilised in 1947 and returned to Jamaica.

Back in Jamaica King struggled to settle into civilian life, finding it difficult to get work, and it was another advertisement in The Gleaner — for tickets on the Empire Windrush — that saw him return to the UK.

King disembarked at Tilbury Docks on 21 June 1948, on the Windrush′s now famous first journey, and rejoined the RAF. He left the armed forces in 1953 and settled in Southwark, where he found work as a postman, the start of a 34-year career with the Post Office.

King was heavily involved in London's West Indian community, including the 1959 Caribbean-style carnival first organised by Claudia Jones in St Pancras Town Hall in January 1959 that was a precursor of the Notting Hill Carnival. He also helped to found the West Indian Gazette, the first British newspaper written specifically for black people, and was its circulation manager in the mid-1950s. King served as a local councillor for six months before being elected mayor of the London Borough of Southwark in 1983. He was the first black mayor in the borough and was, at the time, the only black mayor in London.

King set up the Windrush Foundation, with Arthur Torrington, in 1993 to preserve the memories of those who arrived on that voyage and to campaign on behalf of West Indian immigrants. He campaigned for the date of its arrival to be established as a public holiday to mark the contributions of immigrants to British society and became so closely associated with the cause that he was known as "Mr Windrush".

King was appointed a Member of the Order of the British Empire in 1998 as part of the 50th-anniversary celebrations of "Windrush Day". That same year he published his autobiography, Climbing up the Rough Side of the Mountain.

King had been a lay preacher, having taken a ministerial course at Goldsmiths College. A lifelong advocate of socialism, he began to read the Daily Telegraph in 1948 because, despite having "no time for their politics or their editorials", he was captivated by the writing of that paper's cricket correspondent, E. W. Swanton: "...the first time I read Swanton, he spoke of the smack of willow on leather, of the bowler holding a true line, of sunshine on the grass and pretty girls in summer frocks. That was a world I knew. Cricket is not a sport, it's a way of life," he said in a 2008 Guardian interview.

King fell ill in early 2016 and died on 17 June. He had been twice married and had two children, three grandchildren and three great-grandchildren. Among those who paid tribute to him was Labour leader Jeremy Corbyn, who described King as "a legend": "He educated Londoners with Caribbean food, Caribbean culture, Caribbean music. London is a better place, Britain is a better place thanks to him and his family." His funeral took place at Southwark Cathedral on Tuesday, 19 July, attended by some 500 mourners representing family, friends, colleagues and dignitaries. 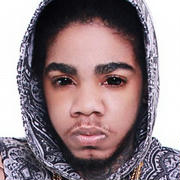 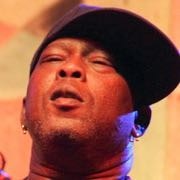