Abal is the son of Sir Tei Abal, who is considered one of the founding fathers of Papua New Guinea.

Abal was a member of the National Parliament of Papua New Guinea representing the Wabag Electorate in Enga Province.

Prime Minister Michael Somare appointed Abal, his then Foreign Minister, as his new Deputy Prime Minister in a cabinet reshuffle on 7 December 2010. Abal was informed of the impending reshuffle prior to the appointment while attending a mining conference in Sydney, Australia, with Prime Minister Somare.

Somare removed his previous Deputy Prime Minister, Don Polye of Kandep, from the post in favour of Sam Abal, a close political ally of Somare. A rift had formed between Somare and Polye stemming from an unsuccessful motion of no confidence against Somare in mid-2010, which was believed to be partially spearheaded by Polye. Somare initiated the reshuffle in preparation for stepping down to face a leadership tribunal. It is alleged that Somare failed to submit financial statements between 1994 and 1997 and filed late statements between 1998 and 2004. Under Papua New Guinean law, the prime minister must leave office during the tribunal. The appointment of Abal guaranteed Somare a close ally as acting Prime Minister.

Somare stepped down as Prime Minister on 13 December 2010. In a prepared statement, Somare stated that "he will now voluntarily step aside and allow the deputy prime minister, Sam Abal, to assume (the) full function and responsibility of the office of prime minister while he attends to clearing his name." Abal was sworn into office the same day and served as the acting Prime Minister during Somare's tribunal and short suspension.

Abal once again became acting Prime Minister in April 2011 when Prime Minister Somare flew to Singapore for heart surgery. Somare remained in hospital in Singapore in intensive care until his retirement from office in late June 2011.

In June 2011, the body of a woman was found in the garden of his home in Port Moresby. His son Teo, "allegedly the last person to be seen with the woman", went missing at that time, and was found and arrested two days later by the police, as the prime suspect. Sam Abal "moved into a local hotel" as his home had become a crime scene.

As of 28 June 2011, it was unclear whether Abal would become the full-time Prime Minister following Somare's retirement from politics for health reasons. A spokesman for Michael Somare's son, Arthur Somare, said that "the political process will take its course" and decide Abal's political future. Abal had been Somare's deputy before serving as acting Prime Minister.

In 2012, Abal became the deputy Opposition Leader upon the retirement of opposition leader, Dame Carol Kidu.

In June 2012, the Papua New Guinea Post-Courier reported that Abal would run for re-election in the 2012 general election as a political independent. Abal stated he had lost faith in country's political party system, which had led to chaos and gridlock in the government. However, he lost his seat to People's Party candidate Robert Ganim. 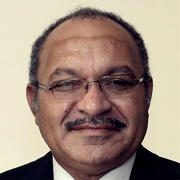 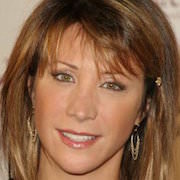 American jurist, Justice of the Tennessee Supreme Court from 1816 to 1834