Salvatore "Totuccio" Contorno (born 28 May 1946) is a former member of the Sicilian Mafia who turned into a state witness against Cosa Nostra in October 1984, following the example of Tommaso Buscetta. He gave detailed accounts of the inner-workings of the Sicilian Mafia. His testimonies were crucial in the Maxi Trial against the Sicilian Mafia in Palermo and the Pizza Connection trial in New York in the mid-1980s.

Contorno was born in Palermo. In 1975, the butcher Totuccio Contorno was initiated in the Santa Maria di Gesù Mafia family in Palermo, then led by Stefano Bontade, an influential member of the Sicilian Mafia Commission. Contorno and Bontade used to be hunting companions in the 1960s. Although he was just a soldier in the Mafia family, Contorno reported directly to the boss Bontade. He was one of Bontade’s trusted hitmen.

Contorno became a cigarette smuggler and heroin trafficker. His cousins, the Grado brothers imported morphine base from Turkey, which was refined into heroin in laboratories on Sicily. He was also involved in kidnapping, for which he was sentenced to 22 years in prison. From 1976-79 Contorno was in compulsory internal exile in Venice after completing a prison term for belonging to a criminal organisation. However, he frequently returned to Palermo. At the time he was bankrupt, because his frozen-meat business had failed. He needed to lend money to invest in heroin shipments.

During the Second Mafia War — when the Corleonesi Mafia clan of Salvatore Riina and Bernardo Provenzano attacked the established Mafia families of Palermo — the Corleonesi killed Contorno’s boss, Stefano Bontade, in April 1981. They went on to eliminate other members of the Santa Maria di Gesù family that were lured to the estate of Michele Greco where they were wiped out. Contorno did not turn up to the fateful meeting at Greco's estate. He sensed trouble and went into hiding.

On 25 July 1981, Contorno narrowly escaped a murder attempt by Pino Greco "scarpuzzedda" and Giuseppe Lucchese — the favourite hitmen of the Corleonesi. The Corleonesi employed a scorched earth policy to hunt down Contorno, killing his relatives and friends, to prevent them from hiding him. Despite this approach, they were unable to find him, which earned Contorno the nickname Coriolano della Floresta, a kind of popular Sicilian version of Robin Hood.

While in hiding from both the authorities and the Corleonesi, Contorno sent anonymous letters to the police, revealing information on the Mafia, its members, the various factions and the violent turmoil it was undergoing. Police Superintendent Antonino Ninni Cassarà developed a relationship with Contorno as an informant, code-naming him Fonte di Prima Luce (Source of First Light).

Contorno was arrested on 23 March 1982 in Rome where he had gone to prepare the murder of Giuseppe Pippo Calò who Contorno held responsible for the murder of his boss Stefano Bontade. "Too bad I didn’t succeed," he said during the Maxi Trial. When he was captured, police found several weapons, two bulletproof cars, tens of thousands of dollars in cash, 140 kilograms of hashish and two kilos of heroin. The arrest probably saved his life, making Contorno one of the few survivors of the losing factions in the Second Mafia War.

Contorno's revelations were the first time the authorities really learned of Michele Greco's high-ranking membership of the Mafia. Previously he had just been regarded as a rather secretive landowner with a suspiciously high income, although he did come from a long line of Mafiosi. Cassarà used Contorno to create a map of the families of the Palermo region and a report on their increasingly confrontational relations and involvement in narcotics (the so-called Greco+161 report on 13 July 1982). Working closely with Judge Giovanni Falcone, two months later the Police unleashed a dragnet roundup of 162 Mafiosi wanted for drug trafficking and homicide.

Despite his arrest Contorno refused to collaborate any more with Cassarà and Falcone. After the decision of Tommaso Buscetta to collaborate, Contorno changed his mind. According to some, Buscetta met Contorno who supposedly fell to his knees and kissed Buscetta´s hand. Buscetta allegedly put his hand on his shoulder and said: “It’s all right, Totuccio, you can talk.” Contorno began collaborating in October 1984, and a week later 127 arrest warrants were issued against mafiosi.

Information provided by Tommaso Buscetta, plus the evidence of Salvatore Contorno led to the first Maxi Trial which involved 475 defendants which ended in December 1987, 22 months after it began with 338 convictions. However, by early 1989 only 60 of those convicted at the maxi-trial were still in prison. Contorno received a reduced sentence of six years because he collaborated with the prosecution.

While Buscetta provided important information on the inner-workings of the Mafia, it was Contorno who was more effective as a witness, naming names and explaining the Mafia’s heroin trafficking. He testified in a rapid, often incomprehensible specific Palermitan dialect and Mafia jargon that had to be translated for the official record. He held the court room captivated with his open contempt for the brotherhood he had once belonged to. Now, he said it was "just a gang of bullies and murderers." They had killed a dozen of his direct relatives.

Contorno was a key witness in the Pizza Connection Trial. He agreed to testify in return for entry in the US Witness Protection Program (in Italy there was no such programme at the time). He gave the evidence that directly linked the defendants to heroin trafficking. He told how in the spring of 1980 he was present at a meeting in the iron factory of Leonardo Greco in Bagheria, Sicily. Among those present were five of the defendants at the trial: Salvatore Greco, Giuseppe Ganci, Gaetano Mazzara, Salvatore Catalano, and Francesco Castronovo.

Contorno watched as the men, "took out two plastic garbage bags and extracted packages of white powder in clear plastic envelopes, each bearing different tiny scissor cuts or pen or pencil marks to identify the individual owner. They poured samples of the powder into a bottle heating on a hot plate." These same marked samples would later be intercepted by the DEA as a seizure of 40 kilograms of 85 percent pure heroin which was "$8 million worth at Mafia importer’s prices and at least $80 million worth at street prices."

The defence suggested in the cross-examination that Contorno, who feared that he would be killed in Italy, made up his testimony about the meeting to please Federal prosecutors who put him in a protection program in the United States.

Contorno could not adjust to life in the Witness Protection Program the US and was unable to support his family. He returned to Italy in November 1988. On 26 May 1989 Contorno was arrested again in a hide out in an area called the triangle of death (Bagheria, Altavilla and Casteldaccia) near Palermo together with his cousin Gaetano Grado and a cache of weapons. In the previous weeks members of the winning factions of the Second Mafia War allied with the Corleonesi had been killed and the police suspected the raided hide out had something to do with the killings. Examination of the weapons showed that they were not used in the murders.

The affair became a scandal in July 1989 when anonymous letters signed by "il corvo" (literally "raven", but meaning "provocateur") claimed that prosecuting judge Giovanni Falcone and his close collaborator, police inspector Gianni De Gennaro, had organised Contorno’s secret return from protective custody in the US to Sicily to start a state sponsored vendetta against the Corleonesi. The allegations against Falcone and De Gennaro proved to be a hoax, but further weakened Falcone’s already difficult position in the prosecuting office in Palermo. Contorno was in contact with De Gennaro prior to his arrest, who tried to monitor his movements.

In and out witness protection programme

In April 1994, a powerful bomb was discovered close to the secret hideout of Contorno near Rome in the midst of a campaign of the Corleonesi against state collaborators. In January 1997 Contorno was arrested again, because of his involvement in dealing 2 kilograms of heroin in the early 1990s, which resulted from the investigations into the bombing attempt. He was sentenced to six years in prison. In October 1997, an arrest warrant was issued against Contorno for dealing in cocaine together with his cousin Gaetano Grado.

Contorno was removed from the Italian witness protection programme, but re-admitted in 2001. In November 2004, Contorno was arrested again for extorting a former fellow cellmate, but the charges were dropped. According to the writer Leonardo Sciascia, Contorno lived inside the world of the Mafia "the way the rest of us live inside our own skin, as if the Mafia were a state into which you were born and always remained a citizen of."

In and out witness protection programme 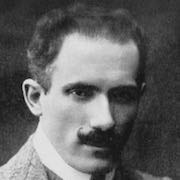