Nusret Gökçe ([nusˈɾet ɟøcˈtʃe]), nicknamed Salt Bae, is a Kurdish-Turkish butcher, chef, and restaurateur, who owns Nusr-Et, a chain of steak houses. His technique for preparing and seasoning meat became an Internet meme.

Gökçe was born in Erzurum, Turkey, to a Kurdish family. His father was a mineworker. The family's finances forced him to leave school in the 6th grade to work as a butcher's apprentice in the Kadıköy district of Istanbul.

Gökçe has been heavily involved with charitable work, such as building a school in his hometown of Erzurum. Play media
A clip from the viral video.

Gökçe became more widely known through a series of viral Internet videos and memes from January 2017 which show him "suavely" cutting meat and sprinkling salt.

His fame came from a viral video, "Ottoman Steak", posted on 7 January 2017 on his restaurant's Twitter account. It was viewed 10 million times on Instagram, after which he was dubbed "Salt Bae" because of his peculiar way of sprinkling salt: dropping it from his fingertips to his forearm, and then falling onto the dish. Due to the viral exposure gained from this post, Gökçe's profile has expanded enormously and he has served a wide range of celebrities and politicians from around the world.

Gökçe visited several countries including Argentina and the United States between 2007 and 2010, where he worked in local restaurants for free, in order to gain experience as a cook and a restaurateur. After his return to Turkey, Gökçe opened his first restaurant in Istanbul in 2010 and later opened a Dubai restaurant in 2014.

The dishes served at Gökçe's establishments have received mixed reviews and have been described as "overpriced". Early professional reviews in 2018 of his New York City steakhouse were generally negative. The New York Post's Steve Cuozzo called the restaurant "Public Rip-off No. 1" and Joshua David Stein writing in GQ called the steak mundane and the hamburgers overcooked. However, from an entertainment standpoint, reviews were more positive. Eater's Robert Sietsema states, "If you are intent on judging New York's new branch of Nusr-Et only as a steakhouse, you'll probably be disappointed ... If, on the other hand, you appraise the place as dinner theater, you will find it satisfying—but only if Salt Bae is in the house".

In December 2017, he received criticism for a 2016 photo posing in front of an image of Fidel Castro.

As of 2020, Nusr-Et has branches in Abu Dhabi and Dubai in the United Arab Emirates; Doha in Qatar; Ankara, Bodrum, Istanbul and Marmaris in Turkey; Jeddah in Saudi Arabia; Mykonos in Greece; Miami, New York and Boston in the US.

In November 2019, four of Gökçe's former employees accused him of getting a share of their tips. They added that they were fired from his New York restaurant when they tried to ask questions about the tips. A trial was set to take place to investigate the issue, before which Gökçe reached a settlement with his former employees and paid them $230,000. As to why he had fired them, he said: "I was not satisfied with the performance of the four employees. ... Since they were fired, they acted with the feeling of ‘look, what we are going to do to you’ and put forward these tip allegations."

In September 2020, his restaurant in Boston was ordered closed by public health officials several days after it opened due to violations of COVID-19 safety standards. 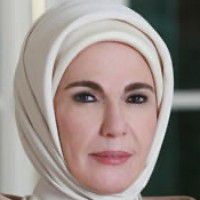