Salman bin Yousuf Al Amour Al Dossary is a Saudi national who works as a media representative and journalist who hels the position of editor-in-chief for the London-based Asharq al-Awsat newspaper from 2014 to 2016.

Born in al-Khobar city, Eastern Province of Saudi Arabia in September 1968, al-Dossary is married and has three children. He holds a bachelor's degree in management and economics.
Before becoming a journalist, he worked for the ministry of education.

Prior to his current post, al-Dossary was the editor-in-chief of Al Eqtisadiah, which specialized in finance, business and economics.

After graduating from the Faculty of Administration and Economics, al-Dossary started his journalism career in the Saudi Research and Marketing Group (SRMG) in 1998 until present. He joined Asharq al-Awsat as its Bahrain correspondent in 2004, and was promoted to the position of Managing Editor in the UAE in 2006. In Dec 2009, al-Dossary was appointed assistant editor-in-chief of Asharq al-Awsat in its main offices in London, before he was appointed chief editor of Al Eqtisadiah newspaper in 2011, and then he became editor-in-chief of Asharq al-Awsat on 1 July 2014. 23 November 2016 was his last day as Editor-in-chief for Asharq al-Awsat We thank former Editor-in-Chief Salman al-Dossary for all his exceptional efforts during the last period, and he will continue as a columnist at Asharq Al-Awsat," concluded Prince Badr.

al-Dossary also holds the position of chief editor of the Arabic-language al-Rajol magazine, a monthly magazine published by the SMRG. Launched in 1992, the magazine focuses on social aspects of life in the Arab world, as well as on fashion, cars and other men related news. Through an innovative strategy, al-Dossary contributed enormously to the magazine's increasing popularity by selecting distinguished characters to appear on its cover, and by developing its website and its account on social networking websites to enable a wider reach among readers in the Middle-East region and worldwide.

In 2014, Salam al-Dossary was appointed chief editor of The Majalla, a monthly political magazine published in London in both Arabic and English. Ever since it was launched in 1980, Al-Majalla has been a distinguished political magazine in the Arab world politics. Throughout the 1980s and 1990s, al-Majalla remained the most important Arabic-language magazine published and distributed all over the world.

Salman al-Dossary conducted a number of interviews with decision-makers and state officials, most important of whom are the following:


In October 2014, the Saudi Cabinet of Ministers approved the appointment of Salam al-Dossary among three other board members to represent the private sector in the charity.
Salman al-Dossary is also the founder and member of the managing board of a charitable Society for collecting and upgrading used PCs to be distributed to social and educational institutes.

The contents of this page are sourced from Wikipedia article on 23 Jun 2020. The contents are available under the CC BY-SA 4.0 license.
View Salman bin Yousuf Al Dossary 's image gallery
Image Gallery 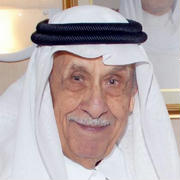 The third ruler of the Saudi State 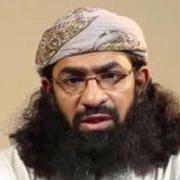