Dame Sally Macintyre DBE FRSE FMedSci (born 1949) is a Scottish medical sociologist. She is a Professor Emeritus (formerly Professor of Social and Public Health Sciences) at the University of Glasgow.

Sally Jane Macintyre was born in Edinburgh, Scotland. Her father, the Rev Angus Macintyre, was the then rector of St James's Scottish Episcopal Church, Leith. Her mother, Evelyn Macintyre, had trained as a nurse and midwife in Oxford before the war. When she was 2, the family moved to Trinity College, Glenalmond in Perthshire (now Glenalmond College) where her father was chaplain until 1967.

Macintyre was schooled at home until the age of 10, when she went to Morrison's Academy, Crieff, for two years. From the ages of 12–16 she went to the Nesta Brooking School of Ballet in London, where she undertook classical ballet training. Having not reached the required height to join a classical ballet company, she went to Chichester College of Further Education to obtain university entrance qualifications. She read Social Theory and Administration at the University of Durham, as a member of St Aidan's College, graduating in 1970. She then did an MSc in Sociology as Applied to Medicine at Bedford College, London, and was awarded a distinction in this degree in 1971. She undertook a part-time PhD while working as a research fellow at the University of Aberdeen, on the topic of decision-making processes following premarital conception, the degree being awarded in 1976.

In 1971 Macintyre went to a research post at the Centre for Social Studies, University of Aberdeen. From 1975 she was employed at the MRC Medical Sociology Unit in Aberdeen. She was appointed director of the MRC Medical Sociology Unit in 1983, and moved it to the University of Glasgow in 1984. In 1998 she took on the directorship of the Chief Scientist Office funded Public Health Research Unit, which merged with the MRC Medical Sociology Unit to become the MRC/CSO Social and Public Health Sciences Unit. She retired from the directorship in 2013, and was succeeded by Professor Laurence Moore. From 2011 until 2014, Macintyre was also Director of the Research Institute for Health and Wellbeing at the University of Glasgow.

Macintyre's research was initially in the area of sociological aspects of reproduction and of maternity care. She demonstrated that many of what were thought to be natural aspects of motherhood were actually highly socially constructed and culturally variable. In the 1980s she took a role in the evaluation of a trial of a new pattern of antenatal care in Aberdeen (involving more delegation to midwives and general practitioners, and fewer scheduled antenatal visits. Involvement in that evaluation, which was a non-randomised trial, triggered her continued interest in evidence-based health care and health and social policy, and how to evaluate effectiveness and cost-effectiveness.

Her research interests then moved into the broad field of inequalities in health. Her major contribution has been to further the understanding of socioeconomic, spatial and gender inequalities in health across time and over the life course, using data from individuals, households and areas to improve understanding of the significance of the social and physical environment for health.

Macintyre has also applied her sociological understandings to a range of emerging contemporary issues, such as HIV and AIDS, the development of 'the new genetics', and food choices, scares and representations of health risks in the media.

Macintyre was elected Fellow of the Royal Society of Edinburgh in 1998, and a Fellow of the Academy of Medical Sciences in same year. In 2003, she was made an Honorary Fellow of the London School of Hygiene & Tropical Medicine.

She has honorary Doctorates of Science from the Universities of Aberdeen (2006), University College London (2012) and Lancaster (2012). From 1995 to 2004 she was editor-in-chief of the international journal Social Science & Medicine.

In 1980, Macintyre married Dr Guy Paul Muhlemann, a zoologist who later moved into computing systems management. They live in Glasgow and have an apartment in Chamonix, France.

Macintyre is a hill walker, climber, mountaineer and skier. In 1978 she was moderator (president) of the Aberdeen Mountaineering Club, and in 1986 she became a member of the Pinnacle Club, a rock climbing club for women. She completed her Munros (the 282 peaks over 3,000-foot high in Scotland) in 2002. She has participated in several expeditions in the Karakoram range in Pakistan, including one all-woman expedition which completed two first ascents of 6000 m peaks. 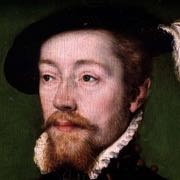 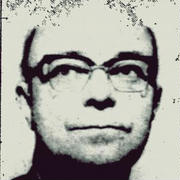